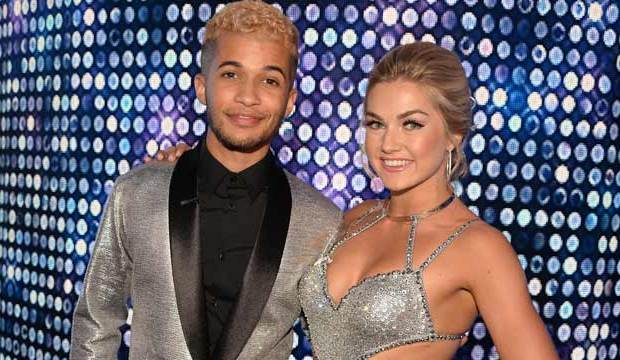 Another season, another controversy about experienced performers taking the stage for the “amateur” dance competition on “Dancing with the Stars.” In Tuesday night’s season 25 finale, Jordan Fisher was named the Mirror Ball champion, the youngest male winner in history. But should he have been allowed to enter the competition at all? Scroll down to vote in our poll at the bottom of this post.

Our users voted Fisher as the frontrunner to win the Mirror Ball Trophy from the very beginning, before a single episode even aired. That’s because he came to the ballroom with the kind of background that often foretells success on “DWTS.” He trained in gymnastics as a child (gymnasts Shawn Johnson and Laurie Hernandez both won the show). And then he transitioned into musical theater, performing in “Hamilton” on Broadway and even “Grease: Live” opposite “DWTS” pro dancer Julianne Hough. Season 19 winner Alfonso Ribeiro also had a Broadway background.

So is it fair for such performers to even compete on the show? Last season we posed that question and they said that the show should be left to amateur performers. But the fans who vote for “DWTS” have proven to be more ambivalent. Heather Morris was eliminated shockingly early in season 24 — perhaps as backlash against her background as a backup dancer for Beyonce. But past dance and choreography experience didn’t prevent Mirror Ball victories for figure skaters Kristi Yamaguchi or Meryl Davis, who essentially dance professionally on thin metal blades. And others with experience like Paige VanZant and Normani Kordei have made it to the finals.

Our readers expressed mixed feelings about Fisher’s victory. Read some of their comments below, and vote in our poll at the bottom of this post.

Gael Crane: “Of course Jordan won, he shouldn’t have, he’s a professional dancer. So unfair!!! Mark and Lindsey should have won. They were just as good and not pros.”

Annie: “Jordon shouldn’t have been on the show to begin with. As a professional dancer it was unfair to the others, they never had a chance against him. “

Maggie: “Team Jordan all the way! He deserves to win!”

Debbi: “He is a professional dancer! He does not deserve to win!”

Genie Bowechop: “A professional dancer shouldn’t be competing in this show.”

Alex: “I think people need to calm down with the whole ‘Jordan doesn’t deserve it because he has a dancing background.’ I mean, yes, he does, but they all came into the competition with no BALLROOM dancing experience, which is a whole different beast.”