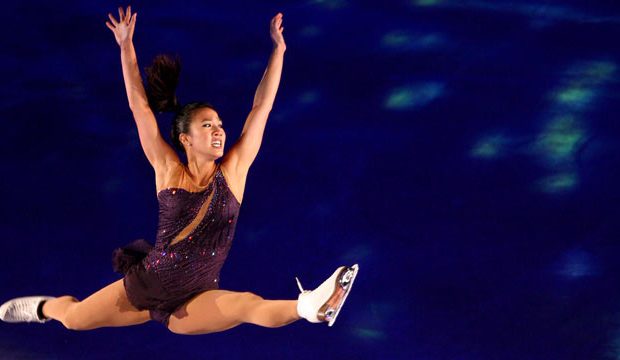 Michelle Kwan should compete on “Dancing with the Stars.” That’s according to our readers when we asked them to rate our recent suggestions for who should compete in the upcoming 25th season of ABC’s dance competition series. As of this writing she leads our poll with support from 33% of readers. Check out the complete results below.

Kwan has actually been invited to compete on the show before, explaining, “I’ve been asked a few times, but each time I was either going to school or touring.” But she would be a great fit for the show if her schedule allows.

Several Olympic medal winning figure skaters have competed in the past. Our readers recently told us they don’t want any more experienced dancers on the show, but while you might think skaters have an unfair advantage — after all, they dance for a living, and on narrow skate blades no less — they haven’t always been champions when they have competed on the show. Kristi Yamaguchi (season six) and Meryl Davis (season 18) won the Mirror Ball Trophy, but Evan Lysacek (season 10) finished just short in second place, Charlie White (season 18) finished fifth, and Nancy Kerrigan (season 24) placed sixth.

Regardless, if Kwan were announced for the season 25 cast, it’s hard to imagine that she wouldn’t be one of the early frontrunners for the title given her relative youth and athletic training. Do you agree with our readers? You can keep voting in our poll here, and join the discussion on this and more with your fellow “DWTS” fans in our forums.