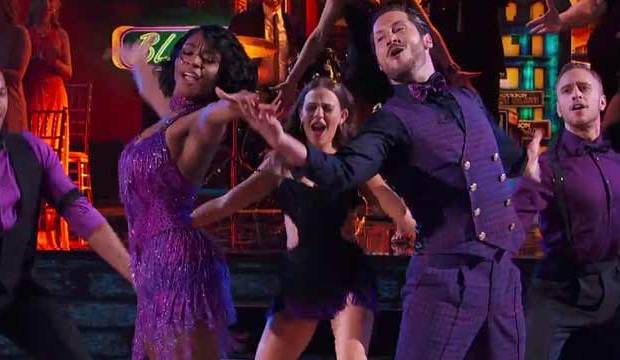 During the “Dancing with the Stars” semifinals, the first round of the competition was the “Judges’ Challenge,” in which each couple received a dance style and guidance from one of the four judges. The second round was an individual dance dedicated to the people who made an impact on each semifinalist.

In what has almost become the norm this season, another frontrunner was “shockingly” eliminated. Olympic gymnast Simone Biles finally clutched the top spot on the leaderboard only to be eliminated in the same night — exactly what happened to actress Heather Morris a few weeks ago. Once again baseball player David Ross proved that his fan base is relentless as he joins singer Normani Kordei and football player Rashad Jennings in next week’s finale.

But who really performed the best during the semifinals? Below are my rankings of the “Judges’ Challenge” routines as well as the second round of individual dances. Read my analysis and then vote in our poll at the bottom of this post to decide who you think was the best.

Song: “Faith” by Stevie Wonder — Biles felt defeated after last week‘s criticisms from the judges, but Inaba gave her some much-needed encouragement and advice on how to let go of her perfectionism and allow herself to have fun with the character of her dances, which raised Biles’s spirits. I was glad to see her back to her bubbly self after last week. She really let her guard down and felt the music. And it’s about time she got a perfect score.

Song: “Say You Won’t Let Go” by James Arthur — Tonioli wanted Jennings to clean up his footwork and improve the flow of his arm movements for his rumba, and I definitely saw a huge improvement in his dancing. He finished each movement more gracefully, there was a lot of hip action and his chemistry with Slater was off the charts. After a dance that good I thought Inaba would’ve given him a 10 just like Hough and Tonioli, but she and Goodman gave him 9s.

Song: “Desperado” by Rihanna — Len Goodman, who has been the most critical of Kordei and Chmerkovskiy, chose the Viennese waltz for them. His challenge for them was to deliver 12 bars of Viennese waltz content in hold. While practicing, Kordei realized how difficult it was, but as usual the dance was ultimately full of content and flowing movements. There was a slight misstep, but overall it was a great dance, and I’m okay with their scores. I thought this was a solid performance.

Song:”You Make Me Feel So Young” by Michael Buble — Hough’s challenge for Ross was to improve his posture for his foxtrot, which she helped him do by having him hold a lemon between his butt cheeks. She noted that Ross has always been the underdog, but she had yet to see him take it to the next level, and it looked like her advice paid off. Ross looked comfortable and at ease with the dance. He has been on a roll for the past two weeks with crowd pleasing routines, but I don’t know why I thought he would have received much higher scores.

Song: “What A Wonderful World” by Ray Chew Live — Kordei dedicated her jazz routine to her family and friends in New Orleans, where she lived until her family lost their homes to Hurricane Katrina. Is there a style this girl can’t do? The dance was full of life and really showed the culture of New Orleans. In all honesty Kordei deserves to win. She’s been at the top of her game week in and week out. And she received a well deserved perfect score!

Song: “Skyscraper” by Demi Lovato — Biles appeared with her family and friends in her clip package to recap her rise to fame in gymnastics. I loved the opening sequence of the routine. This dance was probably her most mature of the season, and she nailed it. It was very soft, lyrical and had lots of hip action. A great way to come back from last week’s stumble — too bad it ended up being her last dance before being eliminated in fourth place.

Song: “Yes I Can” by Superhumans — Jennings’s family talked about how he overcame his obstacles to become a professional NFL player in his clip package. But what followed that emotional retrospective was a fun and breezy quickstep routine. Jennings was really light on his feet throughout. He did a great job of mastering the footwork while maintaining his million dollar smile. I thought he would get his first perfect score of the season, but Goodman just had to be the difficult one again.

Song: “Castle on the Hill” by Ed Sheeran — Ross’s family discussed his journey to the major leagues before he stepped onto the dance floor for his tango. Ross really impressed me this week. He had great posture and frame throughout the dance. Kudos to his partner Arnold for adding difficult content. And the result was his highest score of the season.

I’ve had a sinking feeling for a few weeks that David Ross might end up in the finals. He represents the kind of star who isn’t the best dancer but connects with the audience, which he’s done since week one. With that said, I don’t think he deserves to be in the finals over Biles, who I felt could have possibly won the Mirror Ball Trophy. So now the stage is set for Kordei, Ross, and Jennings in the finals. I think Ross will end up in third place with Jennings and Kordei duking it out for the season 24 title.