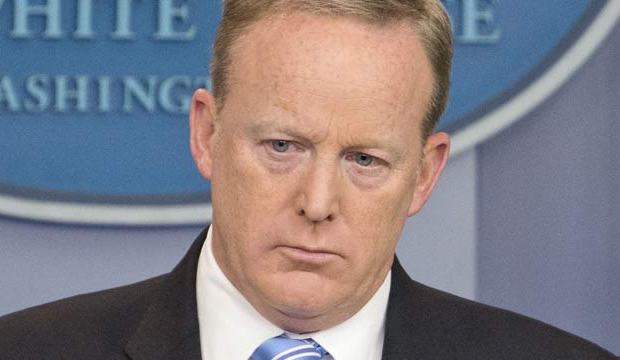 Donald Trump went from reality TV star to president of the United States. So it would be fitting if members of his White House cabinet and staff made the reverse transition by appearing on “Dancing with the Stars” — and they’re dropping like flies, so there’s plenty to choose from. It may seem preposterous for serious politicians to go straight to a lighthearted dance competition like “DWTS” — whether Trump-affiliated politicians count as “serious” is another question — but there’s a surprising amount of precedent for it. And while the reality series turns out to be embarrassing for some celebs who turn out to have two left feet, it couldn’t be much worse than defending Trump tweets on a daily basis.

The last politician to appear on “DWTS” already has a Trump connection. Rick Perry was the governor of Texas and a presidential candidate before competing in season 23 of the reality series in the fall of 2016. His performances didn’t impress the judges or viewers at home — he was the second contestant to get the boot — but they must have impressed Trump, who subsequently appointed Perry as the United States Secretary of Energy.

In season 22 in the spring of 2016, Marla Maples took to the dance floor. Granted, she’s not a politician, but being one of Trump’s ex-wives undoubtedly appealed to the “DWTS” casting directors. At the time Trump was making daily headlines during his campaign for president.

But wait, there’s more! The former majority leader of the House of Representatives, Tom DeLay, competed in season nine in 2009. That was four years after he was indicted on criminal charges for conspiracy to violate election law. He was convicted in 2011, though that conviction was overturned in 2013 by an appellate court.

Tucker Carlson isn’t a politician himself, but he is a right-wing political commentator, and most recently the lucky recipient of Bill O’Reilly‘s Fox News time slot after O’Reilly left the network amid sexual harassment allegations earlier in 2017. Carlson appeared in the third season of “DWTS” and was the very first celeb ousted from the show.

So with so many political and politically connected contestants in the show’s history, why not invite some former members — or soon-to-be-former members — of Trump’s inner circle to compete for the Mirror Ball Trophy? For Trump supporters it would be an opportunity to rally around their favorite Trumpinistas — though they might later be called to testify about their contacts with Russian pro dancers like Artem Chigvintsev and Gleb Savchenko. And for Trump opponents it would be an opportunity to potentially watch his allies fall on their faces — literally instead of just professionally.

Vote in our poll below. Who (if anyone) from Trump’s current or former inner circle would you like to see on “DWTS”?