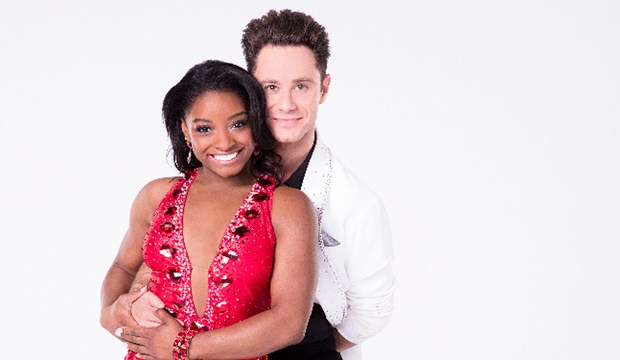 Another Olympic champion will win “Dancing with the Stars” according to our early predictions. The season 24 cast of celebrities was announced on March 1, and four-time gold medalist Simone Biles has already risen to the top. According to our users who have entered their predictions in our contest, she’s the favorite for the Mirror Ball Trophy with leading 2/3 odds.

But is it possible to get it right before anyone has even set foot on the dance floor? Well, our users predicted Biles’s Olympic teammate Laurie Hernandez would win the Mirror Ball Trophy this time last year, and though she faced tough competition from race car driver James Hinchcliffe and football player Calvin Johnson, that early prediction came true.

But Biles shouldn’t get too comfortable. She might face a tough challenge from “Glee” actress Heather Morris, who ranks a close second with odds of 10/3. While Biles has proven flexibility, rhythm and athletic training from her gymnastics career, she’s not a professional dancer. Morris, however, is a professional dancer. Before she joined the cast of “Glee” in 2009, she appeared on “So You Think You Can Dance” in 2006 and just barely missed out on a spot in the finals. Afterwards she worked as a backup dancer for Beyonce, so if anyone can take down an Olympic champion it’s a member of Queen Bey’s squad.

Next up in our predictions is Normani Kordei with 10/1 odds. Kordei is a member of the girl group Fifth Harmony, not unlike Nicole Scherzinger, who went from Pussycat Doll to “Dancing with the Stars” champion in season 10. Fifth Harmony has a large fan base — they have won fan-voted contests like the American Music Awards and the MTV Video Music Awards against tough competition — so we mustn’t underestimate the power of her built-in voter base.

Women have a decisive hold on our top three, but a pair of male athletes are tied for fourth place with 40/1 odds each: bull rider Bonner Bolton and baseball player David Ross. It’s hard to know what if any dance skills the two men will bring to the competition, but like Hinchcliffe last year Bolton has an inspirational story (he broke his neck in January 2016 after being thrown off a bull); he also happens to be a male model and could win viewer votes as this season’s heartthrob.

As for Ross, baseball players are completely untested in the “Dancing with the Stars” ballroom, but if baseball skills transfer to the dance floor as well as football skills do — three NFL stars have won the Mirror Ball Trophy — then he could be a serious dark-horse contender.

Check out the current predictions chart below, and click on the chart for our complete predictions. The new season doesn’t start until March 20, so there’s plenty of time to make or edit your predictions before the premiere episode, which means there’s also plenty of time for our odds to change. Who do you think will win the Mirror Ball Trophy? Gold Derby readers just like YOU often turn out to be our smartest prognosticators, so it’s important that you give us your predictions. You can continue to update and change your forecasts throughout the week, just click “Save” when you’ve settled on your choices. You’ll compete to win a $100 Amazon gift certificate, bragging rights and a place of honor on our leaderboard. Our racetrack odds change as you make your predictions, just as they do when you bet on the Emmys, Oscars, Golden Globes and more. Be sure to read our contest rules and sound off on the season of “Dancing with the Stars” in our reality TV forum.