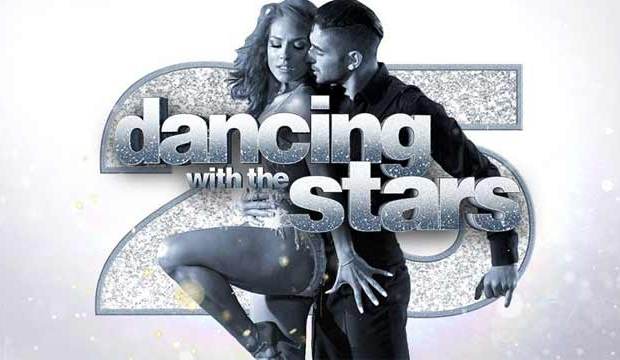 The “Dancing with the Stars” season 25 cast has finally been announced, though rumors had been circulating about the roster for weeks before ABC made it official. A baker’s dozen of celebrities were named on Wednesday morning, September 6, on ABC’s “Good Morning America.” They will enter the ballroom with the 13 pro dancers who were announced in August. So who are they, and who has the best chance of becoming the landmark 25th Mirror Ball champion? Let’s consider them by specialty.

The last two winners — gymnast Laurie Hernandez (season 23) and football player Rashad Jennings — were elite athletes. The sports stars in this year’s lineup include another football player, Terrell Owens, who hopes to continue the NFL’s winning streak on “DWTS”; four representatives from his sport have won the series. This year’s other athletes include Paralympian Victoria Arlen, WWE wrestler Nikki Bella, and basketball player Derek Fisher.

Several actors have won as well, and thespians with musical, theater, or dance experience have had a particular advantage, including previous victors Amber Riley (season 17) and Alfonso Ribeiro (season 19). This season, “Hamilton” and “Grease: Live” actor Jordan Fisher fits that bill, and so might “Pretty Little Liars” actress Sasha Pieterse, who is the daughter of acrobatic dancers.

Rounding out this year’s lineup are “Shark Tank” entrepreneur Barbara Corcoran, former Miss Teen USA and TV personality Vanessa Lachey, Emmy nominated “Malcolm in the Middle” star Frankie Muniz, and “Property Brothers” realtor and host Drew Scott. What do you think of this season’s cast? Check out the complete list below along with the pro dancers they’re paired with, and find out how they do when season 25 premieres on Monday, September 18.

Frankie Muniz (“Malcolm in the Middle” actor), with Witney Carson

'Dancing with the Stars' power rankings: Who is predicted to win the Mirror Ball Trophy in season…

'Dancing with the Stars' season 31 premiere recap: How did it go when the show made its Disney+ debut…

Will one of these 'Dancing with the Stars' pros FINALLY win a 3rd Mirror Ball Trophy?

'Dancing with the Stars': Jordin Sparks and Wayne Brady are early front-runners for Mirror Ball…