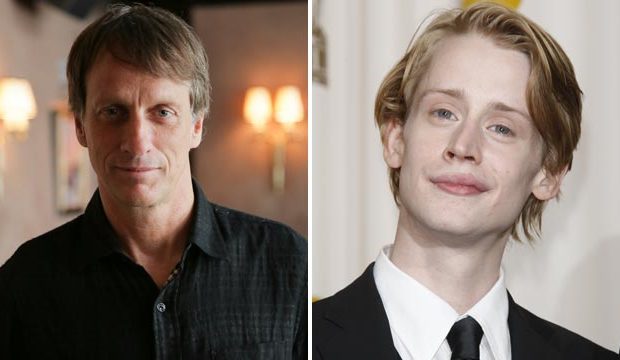 As season 24 of ABC’s “Dancing with the Stars” wrapped up in May, there’s a long list of celebrities who deserve to compete on the dance floor in the show’s landmark 25th season coming up this fall. Below is a list of male candidates I think the show should consider inviting to compete for the next Mirror Ball Trophy (I suggest six female candidates here). Do you agree with my picks? Check them out below, and vote in our poll at the bottom of this post to let us know which if these male celebs you’d most like to see on the dance floor. And feel free to let us know in comments what other stars YOU would like to see.

This former child star first rose to fame in the early 1990s starring as Kevin McCallister in the first two “Home Alone” films. The first film earned him a Golden Globe nomination for Best Film Musical/Comedy Actor. After that he starred in “My Girl” (1991) and “The Good Son” (1993). His career later resumed on the small screen in 2003 with a guest spot on “Will & Grace” as well as on the big screen in “Party Monster.” Then from 2013 to 2017, he took part in a comedy rock band called The Pizza Underground, where they parodied songs by The Velvet Underground. After such a long and varied career, isn’t now a good time for Culkin to trade in the concerts for the dance floor?

Having been hyperactive from a young age, Hawk was able to find himself an outlet for his excessive energy by learning how to skateboard. His skills developed more and more, and he became a professional skateboarder at the age of 14. He would go on to become the National Skateboard Association’s vertical skateboarding world champion 12 years in a row. With all that athletic experience, how could he do on the dance floor? “DWTS” has been known to invite athletes from all walks of life, and last season the show’s first-ever baseball player, David Ross, became a fan favorite and finished second for the season. Would skateboarding skills transfer similarly well to the dance floor?

In 1991 Karn got his big break appearing opposite Tim Allen on ABC’s “Home Improvement” (1991-1999) as his assistant, Al Borland. After spending all eight seasons on the show, he took over as the host of “Family Feud” from 2002 to 2006. Since then he co-hosted “Bingo America” on the Game Show Network and has a number of steady acting gigs. But we’d love to see himback in the spotlight in a big way. Isn’t it about time he was welcomed back into the ABC family for a comeback?

Lloyd made his motion picture debut in the Academy Award winning film, “One Flew Over the Cuckoo’s Nest” (1975). He later found fame on the small screen as Reverend Jim Ignatowski on “Taxi” (1978-83), where the last two seasons won him consecutive Primetime Emmy Awards for Best Comedy Supporting Actor. And of course he’s also famous for the “Back to the Future” trilogy (1985-1990), “Who Framed Roger Rabbit” (1988), and “The Addams Family” (1991). Among his theater credits Lloyd also appeared in a short-lived 1977 Tony-nominated Broadway musical titled “Happy End,” which also featured a young Meryl Streep in the cast. And Lloyd also got to show off some of his dancing skills in “Back to the Future Part III” (1990), so how interesting would it be to see him compete for the Mirror Ball Trophy?

After appearing in the Canadian sketch comedy series “SCTV” (which won him a Primetime Emmy for Best Variety Writing), Moranis got prominent roles in films such as “Ghostbusters” (1984), “Little Shop of Horrors” (1986), “Spaceballs” (1987), “Honey, I Shrunk the Kids” (1989), and “Parenthood” (1989). However, he has not been seen on the big screen since 1996’s “Big Bully.” He recently explained that he hasn’t retired from acting, per se, but that he’s picky. Still, we’d love to have him back in the spotlight in any way, shape or form. Since Moranis already got to show off his vocal chops in “Little Shop of Horrors,” isn’t it about time he shows off his dancing chops?

This former child star first came to fame on the big screen in “My Dog Skip” (2000), and on the small screen in FOX’s “Malcolm in the Middle” (2000-2006). The first two seasons earned him Golden Globe nominations for Best TV Musical/Comedy Actor, and the second season earned him an Emmy nomination for Best Comedy Actor. From 2007-2009, he took a break from acting to focus on open wheel racing. He also served as a drummer for the band Kingsfoil from 2012-2014. That’s quite a series of career transitions. But we’ve seen race car drivers do quite well on “DWTS.” So should Muniz take up ballroom dancing next?