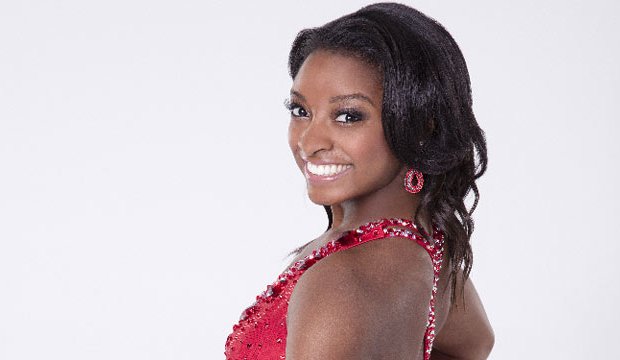 When Olympic gold medal-winning gymnast Laurie Hernandez was cast in season 23 of “Dancing with the Stars” last fall, she became the immediate frontrunner thanks to the athleticism, flexibility and rhythm she had already demonstrated in Rio de Janeiro. She won the season as expected, so now that her Olympic teammate Simone Biles has signed up for season 24, can we expect more of the same?

The new season starts on March 20, so before she and her competitors hit the dance floor let’s consider the pros and cons.

Hernandez proved her dance skills at the Olympics during her floor exercise routines, but Biles was even better on that apparatus, winning the gold medal in that individual event final and also winning the gold in the individual all-around, which Hernandez didn’t qualify for. By those standards Biles should be even more dominant than Hernandez was.

Biles’s Olympic performances so endeared her to America that she’ll have no trouble getting support from fans voting at home. She has over 900,000 Twitter followers, more than twice as many as Hernandez, so if those translate proportionally into viewer votes she could be nearly unbeatable.

‘Dancing with the Stars’: The 10 WORST contestants ever

Four gymnasts have competed on “Dancing with the Stars.” Ironically, one of the two to lose was another Olympic all-around champion, Nastia Liukin, who finished fourth in season 20. So Biles’s gymnastic prowess doesn’t make her a slam dunk.

Biles is known for her explosive physical power, but “Dancing with the Stars” also requires musicality and grace. Will she be able to deliver both to be a well-rounded performer?

Her professional partner is Sasha Farber, who is a relatively inexperienced competitor on “DWTS.” He has only competed three times before, finishing eighth twice (with Snooki in season 17 and Kim Fields in season 22) and fifth once (with Terra Jole in season 23).

What do you think of Biles’s chances this season? Gold Derby readers just like YOU often turn out to be our smartest prognosticators, so it’s important that you give us your predictions. You can continue to update and change your forecasts throughout the week, just click “Save” when you’ve settled on your choices. You’ll compete to win a $100 Amazon gift certificate, bragging rights and a place of honor on our leaderboard. Our racetrack odds change as you make your predictions, just as they do when you bet on the Emmys, Oscars, Golden Globes and more. Be sure to read our contest rules and sound off on the season of “Dancing with the Stars” in our reality TV forum.

'Dancing with the Stars' power rankings: Who is predicted to win the Mirror Ball Trophy in season…

'Dancing with the Stars' season 31 premiere recap: How did it go when the show made its Disney+ debut…

Will one of these 'Dancing with the Stars' pros FINALLY win a 3rd Mirror Ball Trophy?

'Dancing with the Stars': Jordin Sparks and Wayne Brady are early front-runners for Mirror Ball…