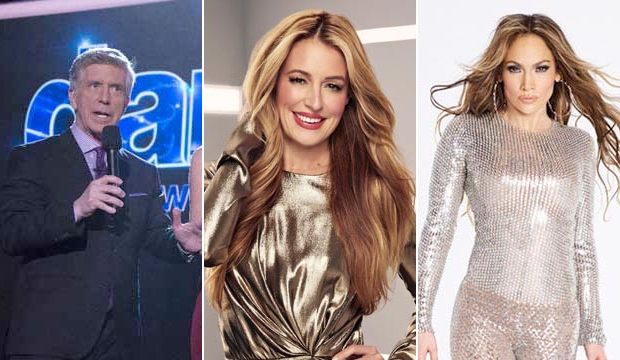 It’s never been a better time to be a fan of reality TV dance competitions. With ABC’s “Dancing with the Stars” gearing up for its landmark 25th season this fall and Fox’s “So You Think You Can Dance” currently airing its 14th edition, NBC has now entered the fray with “World of Dance.” Each show puts its own unique spin on the dance genre, but which one do you like the best? Vote for your favorite down in our poll below.

Tom Bergeron has hosted the long-running “DWTS” since the very beginning, and was rewarded in 2012 as Best Reality Host at the Emmys. In all, the show has racked up 15 Emmy victories from 88 nominations, including 11 straight bids as Best Reality-Competition Program. Last season’s cycle named NFL running back Rashad Jennings as the recipient of the coveted mirror ball trophy, along with his pro partner Emma Slater. See the complete list of “Dancing with the Stars” winners.

Hosted by Cat Deeley since 2006, “SYTYCD” continues to reinvent itself each summer. Recent cycles have honored two winners, pitted stage dancers vs. street dancers, and even welcomed a new generation of child dancers. The current Season 14 judges are Nigel Lythgoe, Mary Murphy and Vanessa Hudgens. “So You Think You Can Dance” is a consistent Emmy player for Fox, taking home 14 of its 56 nominations including most recently Best Choreography for Travis Wall in 2015.

“World of Dance” is a competition for pro dancers and groups, hosted by Jenna Dewan Tatum. Airing Tuesdays on NBC, three judges — Jennifer Lopez, Derek Hough and Ne-Yo — award points to the various competitors. The show is currently in the midst of its duel rounds in which rivals are judged on their head-to-head match-ups based on these five categories: Performance, technique, choreography, creativity and presentation. In our recent poll, our readers named Hough as their favorite judge — do you agree?

'Dancing with the Stars' freestyle dances: Whose was the best? Watch all 4 finalists bust a move in the…

'Dancing with the Stars' winner odds (Finale): Who's the front-runner according to our final forecasts…

'Dancing with the Stars' finale: How to vote for your favorite couple to win 'DWTS' on November…

'Dancing with the Stars' finale recap: Who won the Mirror Ball Trophy for season 29? [UPDATING LIVE…

Jeannie Mai will return for the 'Dancing with the Stars' finale, but here's who won't be…

'Dancing with the Stars' season 29 finale: Who WILL win and who SHOULD win, according to our…

'Dancing with the Stars' finale: Who will win? Let's break down the final 4

Will Emmy winner Mark Ruffalo (‘I Know This Much Is True’) add Golden Globe and SAG Awards to his collection?

‘All In: The Fight for Democracy’ co-director Lisa Cortes: Voter suppression is a ‘monster’ that ‘resurfaces’
Must Read
Show Articles