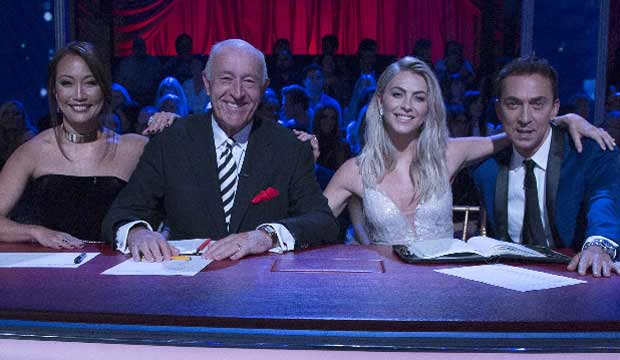 The two-night season 25 finale of “Dancing with the Stars” will be jam-packed on November 20 and November 21. There will be musical guests, a special guest judge, and over the course of Monday and Tuesday the celebrities will perform four dances, which puts the pressure on them more than ever before leading up to Tuesday night’s announcement of who will win the Mirror Ball Trophy: Jordan Fisher, Frankie Muniz, Drew Scott, or Lindsey Stirling.

Monday night’s show will include two routines by each couple. The first will be a redemption dance in which they try to improve upon a dance style they have already attempted on the show. The second will be the long-awaited freestyle dances in which all bets are off and the rules go out the window. Mirror Ball Trophies have been won or lost in season’s past based on who was able to deliver the most crowd-pleasing freestyle routine.

There will also be some special guest stars on Monday night. Two-time Mirror Ball champion Julianne Hough returns to the judges’ table to help evaluate the final routines. We’ll also see another return to the ballroom: season 24 finalist Normani Kordei will take the stage with her musical group Fifth Harmony for a performance of their single “Por Favor” with Pitbull. At the end of Monday night’s show one more contestant is expected to be eliminated in fourth place, leaving three to advance to the very end of the competition.

Tuesday night’s show will include two more dances for the celebs before one is finally crowned the winner. First will be an encore performance of each couple’s favorite routine. Then they’ll attempt the “24-Hour Fusion Challenge,” in which each couple will have just one day to learn and perform a new routine that blends two different dance styles. Check out the full list of Monday night dances and song selections below:

Lindsay Arnold won't be on 'Dancing with the Stars' Season 29, but she has 'every intention of coming…

Would 'Property Brother' Jonathan Scott follow his brother Drew onto 'Dancing with the Stars'? 'I would…

Cheryl Burke and Sharna Burgess are hopeful that 'Dancing with the Stars' can return in the fall, even…

'Dancing with the Stars' poll results: The male celeb 'DWTS' fans most want to see in season 29 is…

Reminder: 'Dancing with the Stars' is not airing in the spring (again)

Maksim Chmerkovskiy still has no plans to return to 'Dancing with the Stars,' but what about…