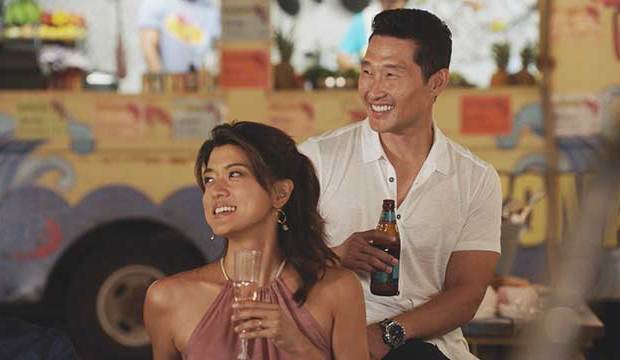 Daniel Dae Kim and Grace Park are leaving “Hawaii Five-0” after seven seasons because they were to paid less than their co-stars Alex O’Loughlin and Scott Caan. All four have been with this reboot of the original police drama since CBS brought it back in 2010.  Will you still tune in to season eight this fall? Vote in our poll below and then sound off in our comments section.

Kim and Park played two Honolulu police officers, Chin Ho Kelly and Kono Kalakaua, recruited by Steven McGarrett (O’Loughlin) to his special task force that is answerable only to the governor. Caan is the second-in-command Danny “Danno” Williams. The season premiere on Sept. 28 will address the departure of their characters from the team.

Both Kim and Park were TV favorites before joining the original cast of this Friday night staple on the Tiffany network. He played plane crash survivor Kwon Jin-Soo for the six seasons of the ABC sci-fi drama “Lost,” while Park came to fame as Cylon clones Sharon Valerii and Sharon Agathon on the reboot of “Battlestar Galactica.”