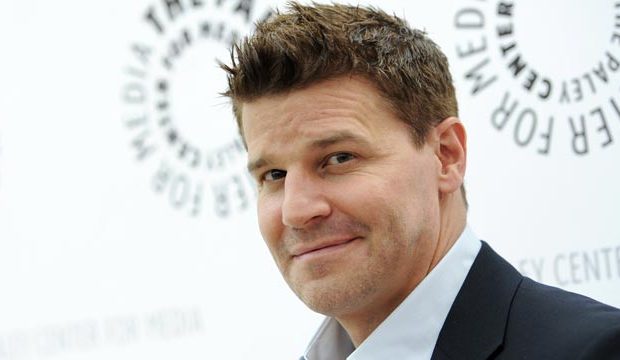 The supernatural TV drama series “Buffy the Vampire Slayer” turns 20 years old this March, and star David Boreanaz has been on TV almost continuously since then. His breakthrough role was as Angel, a vampire with a soul, whom he played on “Buffy” from 1997 to 1999. Then he spun off that character to his own show, “Angel” from 1999 to 2004. After that went off the air he began a new role in 2005 as FBI Agent Seeley Booth in FOX’s mystery series “Bones,” and he’s been playing Booth ever since. “Bones” comes to an end after 12 seasons and almost 250 episodes on March 28, but as Boreanaz recently told Parade Magazine, we shouldn’t expect an Angel resurrection any time soon.

“No, never; that’s done, see ya, next,” says Boreanaz. “I have no problem with the cult audience, and I would totally get back into the genre, but I’m not a big reunion guy. I tend to like to go forward. I don’t like to go backward — except when I’ve got ice skates on my feet and I’m playing hockey.”

Boreanaz doesn’t reveal much about the series finale episode other than the fact that he was able to work his real-life parents, his wife and his two children into the episode: “The whole family is definitely going to be in it.”

Dish ‘Bones’ with Hollywood insiders in our notorious forums

Are you sad to see “Bones” go off the air? And what do you hope Boreanaz will do next? Read more of his Parade interview here, and discuss this and more in our forums.

'Buffy the Vampire Slayer' reboot: We might get a brand new slayer!

Should there be a 'Buffy the Vampire Slayer' cast reunion? Our readers say 'Yes!' [Poll…