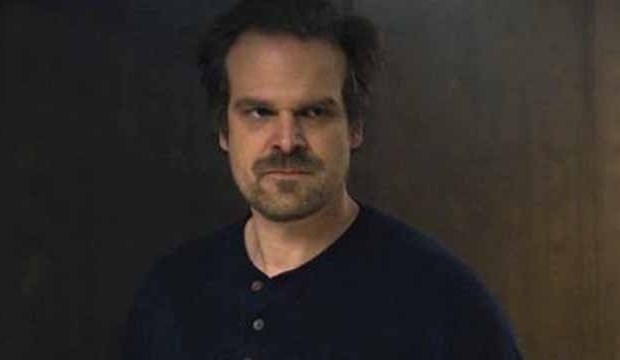 Gold Derby can exclusively reveal that David Harbour is entering the “Stranger Things” episode “The Upside Down” as his Emmy submission for Best Drama Supporting Actor. This installment of the Netflix program streamed July 15 last summer and was the 8th and final episode of the first season. In the emotional capper, small town police chief Jim Hopper (Harbour) and Joyce (Winona Ryder) negotiate with the evil government agents to enter into the “upside down” world and fight the monster. Flashback scenes show how Hopper’s daughter died in the past as Will (Noah Schnapp) is finally rescued.

Will Harbour be able to triumph at the Emmys for the first time? Last year’s champion Ben Mendelsohn (“Bloodline”) has moved to the guest acting race, so he battles previous winners John Lithgow (“The Crown”), Mandy Patinkin (“Homeland”), and Jeffrey Wright (“Westworld”), past nominees Jonathan Banks (“Better Call Saul”) and Michael Kelly (“House of Cards”), and rookie contender Ron Cephas Jones (“This Is Us”).

Harbour celebrates his first ever Emmy nomination this year. His only other major awards success so far was winning the Best TV Drama Ensemble category at this year’s SAG Awards. Other regular TV roles in his career have been on “The Newsroom,” “State of Affairs,” and “Manhattan.” He’s also been in recent movies “End of Watch,” “The Equalizer,” “Black Mass,” and “Suicide Squad.”