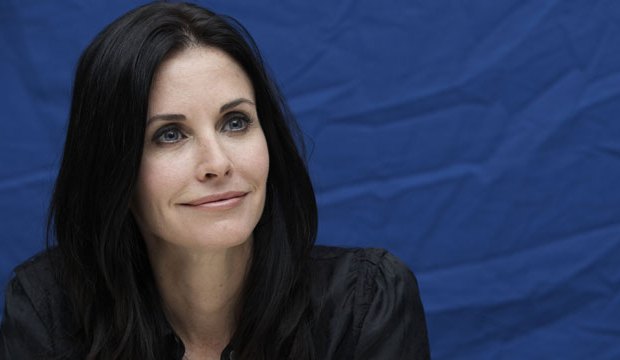 Courteney Cox is finally an Emmy nominee! It happened under the radar at the Daytime Emmys, which announced their 2017 contenders on Wednesday, March 22. She’s an executive producer of the game show “Celebrity Name Game” along with her ex-husband David Arquette and the show’s host Craig Ferguson. It has earned its first nomination for Best Game Show.

Cox became a star on the top-rated NBC sitcom “Friends,” which ran for 10 seasons consisting of 236 total episodes from 1994 to 2004. The core cast of six also included Jennifer Aniston, Lisa Kudrow, Matt LeBlanc, Matthew Perry and David Schwimmer. Over the course of the series Aniston and Kudrow won Emmys for their performances, and LeBlanc, Perry and Schwimmer earned nominations. Cox was the only regular cast member who was never recognized by the television academy.

After “Friends” Cox appeared for several seasons on another sitcom, “Cougar Town” (2009-2015), which earned her Golden Globe and Critics’ Choice nominations for Best Comedy Actress, but her awards buzz still didn’t translate to an Emmy nom. Then in 2014 she developed “Celebrity Name Game” with her and Arquette’s company Coquette Productions. The series brings two teams of contestants together with celebrity guests to guess clues in the hopes of winning a $20,000 prize.

“Celebrity Name Game” has already won host Ferguson two consecutive Daytime Emmys for Best Game Show Host (2015-2016), but this is the first time the series itself has contended for Best Game Show — and just in time. It was announced last December that it would be canceled after three seasons. However, it has aired new episodes in 2017, so it will still be eligible to compete at the 2018 Daytime Emmys.

What do you think? Can Courteney Cox actually win an Emmy on her long-awaited first try? “Celebrity Name Game” faces “Family Feud,” “Jeopardy!,” “Let’s Make a Deal” and “The Price is Right.” Comment below on Cox’s overdue first nomination, and make sure to join the discussion with your fellow daytime TV fans in our forums.

Courteney Cox and Sophie Kipner: It was a 'no-brainer' that 'Sophie and the Baron' be…

'Friends: The Reunion' is nominated for variety special, so Emmy nominee Courteney Cox is…