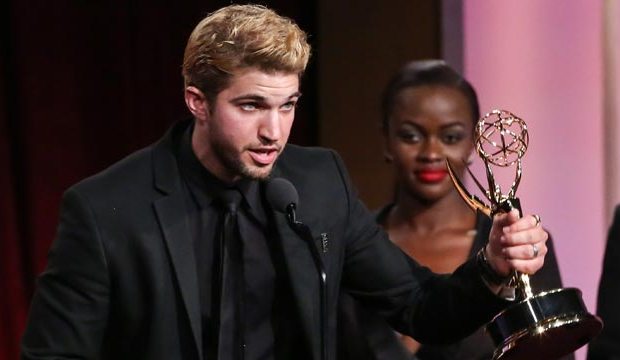 Bryan Craig (“General Hospital”) is the frontrunner to win Best Younger Actor according to our Daytime Emmy predictions. He gets leading 15/8 odds. Craig played Morgan Corinthos on the ABC soap from 2013 to 2016 when he decided to leave the show and his character was killed off. Morgan was born on the show in 2003, but was aged into young adulthood by Craig, who earned three straight Emmy nominations for the role (2014-2016), winning in 2016.

These official odds are based on the combined predictions of Gold Derby Editors who cover awards year-round, the Top 24 Users who did the best at their Daytime Emmy nomination picks last year, the All-Star Top 24 who got the highest scores when you combine the last two years’ Daytime Emmy nominations, and all Users, who are our largest and often savviest bloc of predictors.

Craig is the heavy favorite in this race, backed unanimously by our Editors, by 18 of our Top 24 Users, by 18 of our All-Star Top 24, and by more than 250 Users — far more than his rivals. He’s the only past winner in this category, and only five actors before him have ever managed to win this category more than once, so he should watch out for Pierson Fode (“The Bold and the Beautiful”), who ranks second with 10/3 odds for playing Thomas Forrester. Fode was nominated for the first time last year, and he’s predicted to win by two of our Top 24 and three All-Stars, but he wouldn’t be the first actor to win for this role. Fode took over as Thomas in 2015, before which Drew Tyler Bell played him from 2004 to 2010, winning this category in 2010.

In third place with odds of 4/1 is Craig’s “GH” co-star Tequan Richmond, who has been nominated for the last two years in a row for his performance as TJ Ashford, a role he has played since 2012. He’s favored by one of our Top 24 and one All-Star.

Also with 4/1 odds is Jared Breeze (“The Young and the Restless”) for his role as Max Rayburn on the top-rated CBS soap. The child actor joined the show in January 2016, so this is his first chance at an Emmy nomination. But in that short time he was already responsible for plenty of mayhem, including attempted murder and arson — so precocious. Though this category is by definition for younger actors (the cutoff age is 26), pre-teens are seldom invited to the party, though “GH’s” Nicholas Bechtel was nominated last year at a similarly young age. Two of our Top 24 Users and one of our All-Stars give him the edge to win, which would make him by far the youngest victor in the category.

Rome Flynn (“B&B”) is next with 9/2 odds, though he does not have support from any Top Users or All-Stars.  Flynn has played Zende Forrester Dominguez since 2015, but he has yet to be nominated. And with the backing of one Top User and one All-Star, James Lastovic (“Days of Our Lives”) gets 13/2 odds of winning. He too has played his role since 2015 and is looking for his first Emmy nom.