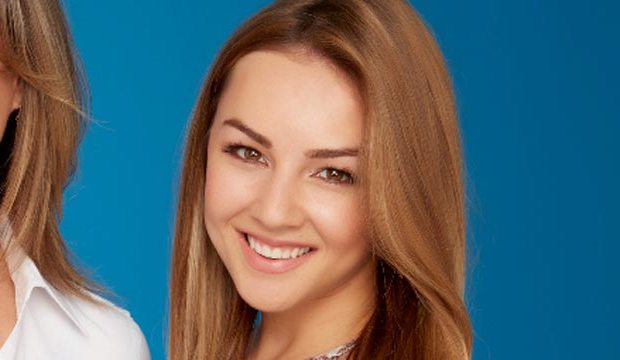 Lexi Ainsworth (“General Hospital”) is the frontrunner to win Best Younger Actress according to our Daytime Emmy predictions. She gets leading 9/4 odds. Ainsworth originally played Kristina Corinthos from 2009 to 2011. Then Lindsey Morgan stepped into the role from 2012 to 2013 before Ainsworth returned in 2015. Ainsworth earned her only previous nomination in this category in 2011, but she hasn’t won. Morgan earned a nomination too, in 2013.

These official odds are based on the combined predictions of Gold Derby Editors who cover awards year-round, the Top 24 Users who did the best at their Daytime Emmy nomination picks last year, the All-Star Top 24 who got the highest scores when you combine the last two years’ Daytime Emmy nominations, and all Users, who are our largest and often savviest bloc of predictors.

Ainsworth is the strong favorite with support from all four Editors, 11 of our Top 24 Users and 13 of our All-Star Top 24, plus more than 170 overall Users, more than any of her competitors. And she’s a member of a lucky family: her on-screen father (Maurice Benard), mother (Nancy Lee Grahn) and brother (Bryan Craig) are all Emmy winners.

But Ainsworth will have tough competition from Reign Edwards (“The Bold and the Beautiful”), who ranks a close second with 3/1 odds based on support from eight of our Top 24 and seven All-Stars. Edwards has played Nicole Avant on the CBS soap since 2015, and she earned her first Emmy nomination in this category last year.

In third place with 10/3 odds is the only past winner on the ballot, Hunter King (“The Young and the Restless”), who has been nominated for the last four years in a row for her performance as Summer Newman, winning in 2014 and 2015. A third victory would tie her as the most awarded performer in this category, following triple champs Jennifer Finnigan (“B&B,” 2002-2004) and Jennifer Landon (“As the World Turns,” 2006-2008). And a fifth bid would tie her with Martha Byrne (“ATWT”) as the third most nominated.

Camila Banus (“Days of Our Lives”) is next up with 4/1 odds with just one of our Top 24 Users betting on her to win. She has played Gabi Hernandez since 2010 and earned one Daytime Emmy nomination in 2015.

Child actress Alyvia Alyn Lind (“Y&R”) is aiming for her first Emmy nomination for her role as Faith Newman and ranks fifth with 5/1 odds. She would be the first child actress to prevail in this category since another “Y&R” star, Camryn Grimes, in 2000.

Hayley Erin (“GH”) would also be a first-time nominee if she makes the cut for her performance as Kiki Jerome, whom she has played since 2015. Erin gets 6/1 odds and is backed by two of our Top 24 and two All-Stars. The role of Kiki was previously played from 2013 to 2015 by Kristen Alderson, who earned an Emmy nomination in 2015. Alderson picked up two other nominations for “GH” playing a different character, Starr Manning, and she won for that character in 2013.