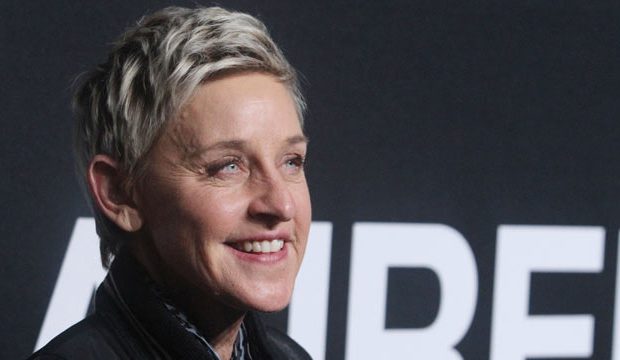 “The Ellen DeGeneres Show” made history on Sunday night, April 30, by winning the Daytime Emmy Award for Best Entertainment Talk Show. That was the show’s 10th win in the top program category, which breaks its tie with “The Oprah Winfrey Show” as the most awarded talk show in Daytime Emmy history.

Last year “Ellen” was upset by first-time winner “The Talk,” but before that “Ellen” claimed Entertainment Talk Show three years in a row (2013-2015). And it has now prevailed a total of six times since this category was established in 2008.

For the last 10 years the Daytime Emmys have had separate awards for entertainment and informative talk shows. Before 2008 they all competed in one category, and “Ellen” won that combined race four times in a row (2004-2007). That gives it a total of 10 victories and finally moves DeGeneres ahead of her predecessor Winfrey, who won Best Talk Show nine times between 1987 and 1997 before she decided to stop entering her show for consideration.

But even though “Ellen” has been a juggernaut, her show has been vulnerable to strong challengers in the past, so voters haven’t just been checking off her name by rote. Besides her defeat last year at the hands of “The Talk,” “Ellen” unexpectedly lost the first two Entertainment Talk Show awards to “Rachael Ray” (2008-2009). It lost again in 2012 to “Live with Regis and Kelly” for its farewell to retiring host Regis Philbin. But those were the only times “Ellen” has lost.

What did you think of “Ellen’s” victory for Best Entertainment Talk Show? Should she consider taking her show out of consideration just like Winfrey did, or should she try to keep adding to her record awards haul? Comment below, and join the discussion on this and more with your fellow daytime TV fans in our forums.

Stars you didn't know were Emmy nominees this year

Pink opens up about 'roller coaster' COVID-19 recovery and responds to lack of available testing: 'You…

Daytime Emmys 2018: Will 'The Ellen DeGeneres Show' extend its record with an 11th victory for Best Talk…