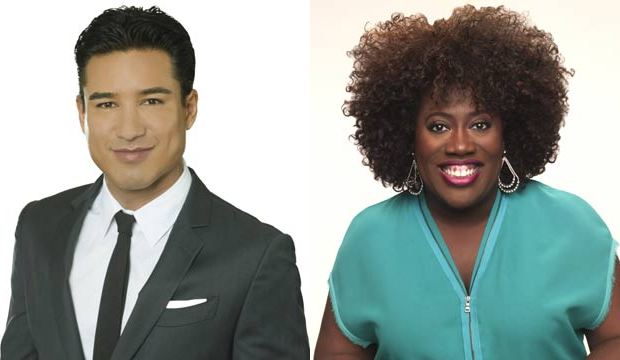 National television academy president Bob Mauro announced on Tuesday, April 11, “The National Academy of Television Arts and Sciences (NATAS) is happy to announce that two of daytime television’s brightest stars, Mario Lopez and Sheryl Underwood, will lead the magnificent celebration planned for this year’s 44th Daytime Emmy Awards.” The Emmys will be held on Sunday, April 30, at the Pasadena Civic Auditorium in Burbank, California.

TV veteran Lopez has won Daytime Emmys in 2014 and 2016 for Best Entertainment News Program as a co-host of the syndicated series “Extra.” It has been on the air since 1994, and Lopez has served as an anchor since 2008. “Extra” is nominated again in that category this year, where it faces “Access Hollywood,” “E! News,” “Entertainment Tonight” and “Inside Edition.”

Underwood is one of the five co-hosts of “The Talk” and has earned four straight Daytime Emmy nominations for Best Talk Show Host alongside Julie Chen, Sara Gilbert, Sharon Osbourne and Aisha Tyler. The hosts have yet to win their category, but “The Talk” is the defending champion for Best Entertainment Talk Show.

Academy SVP of daytime David Michaels commented about the two emcees, “I am thrilled to have one of the most entertaining combinations in daytime television hosting our grand gala at the Pasadena Civic Auditorium. With their combined wit and charm, plus the excitement of Mary Hart receiving this year’s lifetime achievement award not to mention the stars of the nominated drama, talk, culinary and game shows and a stellar list of presenters to be announced later this week, it promises to be a memorable night for the daytime community.”

2020 Daytime Emmys: Full list of categories to be presented during the virtual ceremony (and which ones…

Sara Gilbert ('The Conners') on bringing back Darlene after so many years: 'I wasn't finished playing…