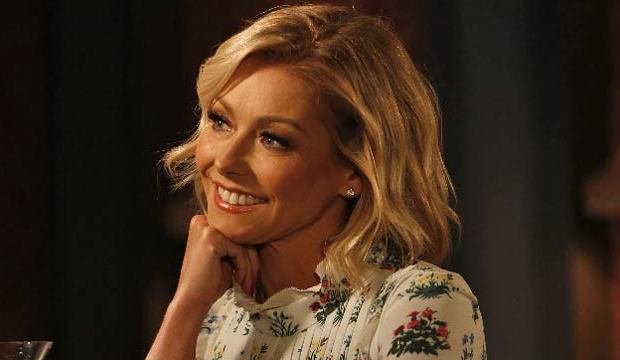 Judging from recent Daytime Emmy history, Kelly Ripa (“Live with Kelly”) is the one to beat for Best Entertainment Talk Show Host. The last four times she has been nominated, she won: the combined Best Talk Show Host category in 2011 and 2012 and then Best Entertainment Talk Show Host in 2015 and 2016 after the hosting award was split between entertainment and informative programs. But every single time she has won has been with a co-host — even in 2006 when she won a Special Class Emmy for the “Walt Disney World Christmas Day Parade.” This time she’s nominated for the first time as a solo host. Will she win again on her own?

Ripa’s victories in 2011 and 2012 were with Regis Philbin. She joined “Live” as Philbin’s co-host in 2001 after Kathie Lee Gifford left the series, but it took them a decade to finally win together. Their second victory was for Philbin’s retirement year, after which Ripa hosted the show with revolving co-hosts before Michael Strahan came on-board full-time in 2012. It took a few years for the new pairing to catch on with Emmy voters, but they broke through in 2015 and won the last two in a row.

However, Strahan abruptly announced last April that he was leaving the show to join “Good Morning America,” which caused a stir because Ripa apparently wasn’t in the loop for that decision. She took extra time off from the show in what was widely seen as a protest of the handling of Strahan’s exit — “I needed a couple of days to gather my thoughts. After 26 years with this company, I earned the right,” she said upon her return.

Ripa still hasn’t appointed a new full-time co-host, but all’s well that ends well as both she and Strahan are back at the Emmys. Strahan is up for Best Morning Show as an anchor on “GMA,” and Ripa contends again for “Live.”

Until recent years, hosting a talk show alone was a big advantage at the Emmys. In fact, multiple hosts used to be downright cursed. The first award was handed out in 1974 to Dinah Shore for “Dinah’s Place,” and then for 35 years there were nothing but individual winners. How bad was the curse? Consider Philbin: he could never win an Emmy for hosting “Live” with Gifford, but in 2001, the year between Gifford and Ripa when Philbin was on the ballot by himself, they finally gave him the prize.

The curse was finally broken in 2009 when “The View” won Best Talk Show Host for Whoopi Goldberg, Joy Behar, Elisabeth Hasselbeck, Sherri Shepherd and Barbara Walters. And it was broken for good: after that Ripa and Philbin won twice together, and then Ripa and Strahan won twice, and the five hosts of “The Chew” claimed Best Informative Talk Show Host in 2015.

This year there is an even mix of solo and collaborative hosts up for Best Entertainment Talk Show Host. In addition to Ripa, Wendy Williams (“The Wendy Williams Show”) and Harry Connick Jr. (“Harry”) are nominated by themselves, while three shows with group hosts contend: “The Real,” “The Talk” and “The View.” Who do you think will take the prize?