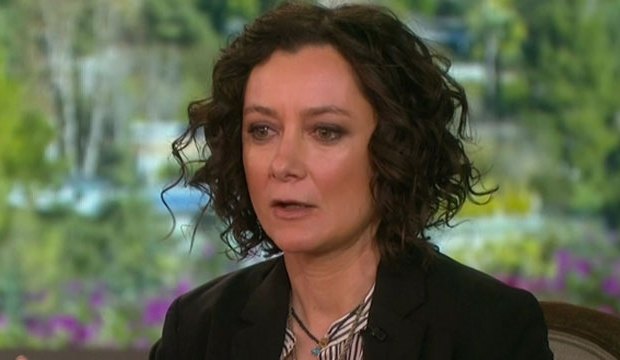 The ladies of “The Talk” and “The View” have engaged in a friendly rivalry ever since the former launched on CBS back in 2010. Both shows feature a panel of women offering their takes on the day’s news before interviewing various famous folks. “The View” was created by ABC News powerhouse Barbara Walters and has been a staple on the alphabet net since 1997.

2017 Daytime Emmy nominations:
‘The Young and the Restless’ leads with 25 including Best Drama Series

While “The Talk” has had the same panel of five since year two, “The View” has cycled through 20 different co-hosts over the years. Current moderator Whoopi Goldberg joined the show in 2007 while Joy Behar, who was part of the original “View” crew, returned in 2015 after a two-year absence. Candace Cameron Bure and Raven-Symone exited the show earlier this season while Paula Faris went to part-time status. And three others — Jedediah Bila, Sara Haines and Sunny Hostin —  took their places at the table.

It was those last three names that “The Talk” co-creator and host Sara Gilbert garbled on Wednesday when announcing the Daytime Emmy nominations; both sets of panellists are up for Best Talk Show Hosts (Entertainment). Goldberg called her out for this verbal misstep on Thursday morning’s edition of “The View” and a visibly upset Gilbert expressed her sincere regrets on her show that afternoon. (She had also misspoken as she reeled off the nominees from “The Real” when she mispronounced Adrienne Houghton and Jeannie Mai.)

Gilbert said in her statement: “Yesterday we announced the Daytime Emmy nominations, and I’m sure this is my karma for teasing Sharon so much about getting names wrong, but I got so many names wrong, because I was so nervous, and normally, when we say people’s names, we’ve gone over who the guests are, and we’ve practiced, but this was an in-the-moment thing, where we were finding out right along with you who was nominated. I made several mistakes, and I was even nervous when I was saying it, knowing I was saying things wrong, so I’m very, very sorry to any of the women whose names I got wrong. It was a true mistake. I respect you guys, I congratulate you. I would never want to take away from your moment, so I am truly sorry. I wish you guys luck, and again, I apologize, and we celebrate you guys.”

The hosts of these three gabfests contend against reigning two-time champ Kelly Ripa (who is sans Michael Strahan this year), three-time nominee Wendy Williams and newcomer Harry Connick, Jr. This category was created in 2015 when the TV academy split the hosting prize into separate awards for entertainment and informative talk shows. The 2009 panel on “The View” (Behar, Goldberg, Elisabeth Hasselbeck, Sherri Shepherd, Barbara Walters) took home that award.

“The View” won the now-defunct Best Talk Show category in 2003 when it tied “The Wayne Brady Show.” It has yet to win the Best Talk Show (Entertainment) introduced in 2008 despite five bids. Conversely, it took “The Talk” until season three to break into this race in 2012 and it finally won on its fifth try last year over, among others, “The View.”

Sara Gilbert ('The Conners') on bringing back Darlene after so many years: 'I wasn't finished playing…

'This is hard to do': Sara Gilbert leaving 'The Talk' after 9 years on the Emmy-winning show she created…

'The Talk' hosts on Daytime Emmys, welcoming Carrie Ann Inaba and daytime TV family: 'It is where dreams…

One Oscar rumor we hope is true: Whoopi Goldberg is hosting the 91st Academy Awards