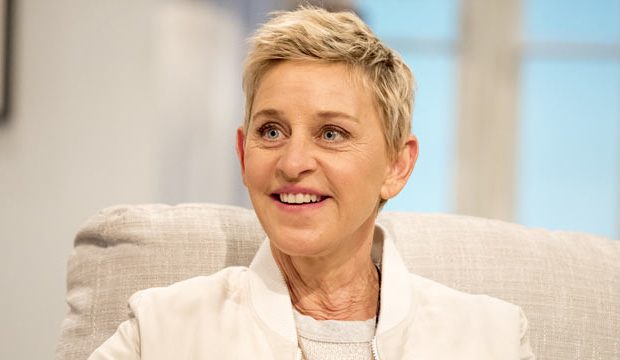 Do you think “The Ellen DeGeneres Show” will win Best Entertainment Talk Show at the 2017 Daytime Emmys? Last year it was upset by first-time winner “The Talk,” but before that “Ellen” won three years in a row (2013-2015), and it has prevailed a total of five times since this category was established in 2008.

For the last nine years the Daytime Emmys have had separate categories for Best Entertainment Talk Show and Best Informative Talk Show. Before 2008 all talk shows competed in one category, and “Ellen” won that combined race four times in a row (2004-2007), giving it a total of nine victories. If “Ellen” wins a 10th prize this year, that would break its tie with “The Oprah Winfrey Show,” which won Best Talk Show nine times between 1987 and 1997 before Winfrey decided to stop entering her show for consideration.

But even though Ellen DeGeneres is arguably the biggest star in daytime television, her show has been vulnerable to strong challengers in the past. Besides her defeat last year at the hands of “The Talk,” “Ellen” unexpectedly lost the first two Entertainment Talk Show awards to “Rachael Ray” (2008-2009). It lost again in 2012 to “Live with Regis and Kelly” for its farewell to retiring host Regis Philbin.

“Live with Kelly” is nominated this year alongside “Ellen” and “The Talk.” This is Kelly Ripa‘s first time flying solo in this category after four nominations with Philbin and another three with Michael Strahan. Also in the running is “The View,” which has been on the air since 1997; it was able to win just once. It prevailed in the combined Best Talk Show race in 2003, tying with “The Wayne Brady Show.” Could it finally win again 14 years later?

Rounding out the category is a surprise first-time nominee, “Maury.” The series hosted by Maury Povich has been on the air since 1991 and became famous for its paternity-test reveals, but it never received a nomination for Best Talk Show until now. As the longest running series in this category, could it appeal to voters who would like to reward the veteran?

2020 Daytime Emmys: Full list of categories to be presented during the virtual ceremony (and which ones…

Pink opens up about 'roller coaster' COVID-19 recovery and responds to lack of available testing: 'You…

Fox orders 'The Masked Dancer' from Ellen DeGeneres, which is exactly what you think it is