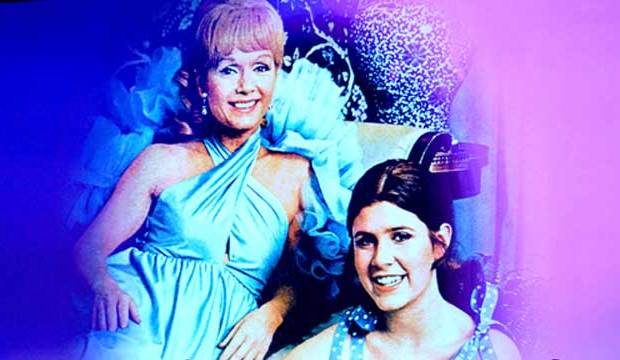 Debbie Reynolds died on Dec. 28, just one day after her daughter Carrie Fisher passed away. Todd Fisher, son of Reynolds and brother of Carrie, organized a public tribute to the two that took place on Saturday (March 25). He kicked off the afternoon by explaining, “This entire thing I’m calling a show because my mother did not like memorials.” This “Celebration of Life” at Forest Lawn Memorial Park in Glendale, CA attracted thousands of fans as well as a slew of famous folk.

Among the speakers was Fisher’s one-time fiance Dan Aykroyd. As he wistfully recalled, he had once saved Fisher’s life when she was choking on a Brussel sprout. He then lamented, “If I’d been with our beloved showboat, I might have been able to save her again.”

Also taking to the stage was Fisher’s childhood pal Griffin Dunne. He reminisced about her misgivings when filming “Star Wars” and recounted a phone call where she confessed that he would think the film just “terrible.” As he ruefully noted, they attended the premiere of the picture in New York and were both pleasantly surprised by the reaction of the audience.

Dish show biz with Hollywood insiders in our notorious forums

James Blunt, who had been great friends with Fisher and wrote his hit “You’re Beautiful” in, of all places, her bathroom, recorded a tribute to his friend. “Courtney’s Song,” which was used as the soundtrack to a video montage of the mother and daughter.

The 'Star Wars: The Rise of Skywalker' trailer is here for you to watch over and over again

Debbie Reynolds movies: 15 greatest films, ranked worst to best, include 'Singin' in the Rain,' 'The…

How did Carrie Fisher ('Catastrophe') lose the Emmy for Best Comedy Guest Actress?