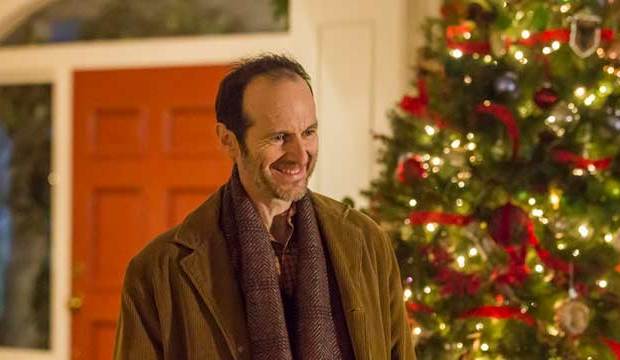 Denis O’Hare is nominated at the Emmys this year for Best Drama Guest Actor for his role on NBC’s “This Is Us.” The Tony-winning actor — for his featured role in the 2003 play “Take Me Out” — earned two previous Emmy nominations in the Movie/Mini Supporting Actor category for the “Murder House” (2012) and “Freak Show” (2015) seasons of “American Horror Story.”

O’Hare is nominated this year for his role as Jesse, a recovering addict who is also the former lover of William (Emmy nominee Ron Cephas Jones). His performance in the episode “Last Christmas” has been submitted to Emmy voters.

In the episode, William goes to a Narcotics Anonymous meeting and shares his joy that he will be spending what looks like his last Christmas with family. Jesse speaks next, and recounts how he had gotten his demons under control and even found a new love. But his relationship ended when his lover, revealed to be William, abruptly disappeared, leading Jesse to begin using again. Now sober again, Jesse claims that he needs to learn a new skill: forgiveness.

Later, Jesse confronts William about his leaving. Discovering that William’s cancer has spread and his prognosis is grim, Jesse asks that they spend whatever time they have left together. William invites Jesse to the family’s house for Christmas Eve, where Randall (Emmy nominee Sterling K. Brown) realizes that William is bisexual. Will “Last Christmas” help O’Hare win his first Emmy Award? Let’s examine the pros and cons:

Emmy voters love speeches, and O’Hare kicks off his performance with a long monologue in which he conveys his bitterness toward William and his sadness at turning to drugs for solace. But the speech also has some humor in it, allowing O’Hare to show off a good amount of emotional range.

O’Hare’s role on the series is strongly linked to the character of William, whose redemption and illness have been at the center of “This Is Us.” Seeing William and Jesse rekindle their relationship is quite moving, and the sympathy we feel for William could earn some additional votes for O’Hare.

He has been a regular presence on television since the early nineties, making guest appearances on a wide range of shows. The Drama Guest Actor category in particular often rewards veteran character actors such as Reg E. Cathey, Glynn Turman, Joe Morton, and Paul McCrane. O’Hare’s appearance on this popular, Emmy-nominated series will give voters the opportunity to reward him, not just for this performance, but for his entire body of work.

O’Hare’s performance essentially consists of a single four-minute scene about 30 minutes into the episode. Voters who are actually watching the submissions may choose to reward a more substantive performance that shows a more complete story arc across an entire episode.

Denis OHare faces competition from two other “This Is Us” actors, Gerald McRaney and Bryan Tyree Henry. Having three nominees from the same series increases the likelihood of vote splitting, which could open the door to another possible winner.