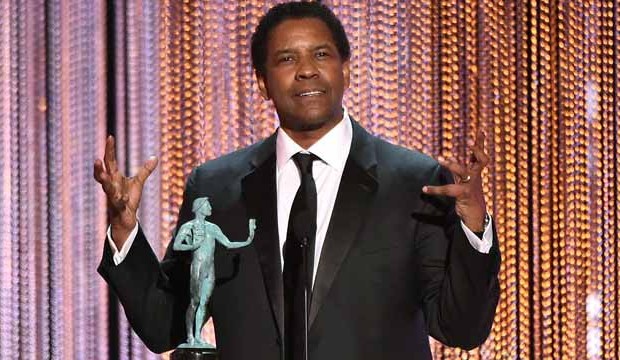 Sorry, Casey Affleck, but after Sunday’s SAG Awards, Denzel Washington is now tipped to win the Academy Award for Best Actor. Affleck was widely expected to continue his victory lap for “Manchester by the Sea” with a trophy from the Screen Actors Guild, but his hopes were derailed by Washington, who claimed his first-ever prize from the guild for his performance in “Fences.” Yes, Affleck had won everything else up to this point, including the Golden Globe and Critic’s Choice. But Washington’s got history on his side, and is now poised to join an elite group of three-time Oscar-winning performers.

For the past dozen years, the SAG winner for Best Actor has gone on the repeat at the Oscar every single time (from Jamie Foxx in “Ray” through Leonardo DiCaprio in “The Revenant”). Since the guild started handing out prizes back in 1994, its choices have differed with the academy only four times, in a stretch beginning in 2000:

2003: Johnny Depp (“Pirates of the Caribbean: The Curse of the Black Pearl”); Oscar went to Sean Penn (“Mystic River”)

You might attribute Washington’s victory to the guild making up for not rewarding him in the past. His first Oscar victory — Best Supporting Actor for “Glory” (1989) — predated the SAG Awards by five years, his second. However, his second, Best Actor for “Training Day” (2001), saw him pull off an upset over Crowe, who had been predicted to be a back-to-back Oscar champ before an unfortunate phone-throwing incident squashed those dreams.

Of course, Affleck still has a chance at winning the Oscar. After all, he’s nominated at the BAFTAs, and Washington is not (in fact, he’s never competed there). But a SAG win has been a game changer in the past. Mickey Rourke was on a winning streak for “The Wrestler” (2008) before Penn upset him at the guild, and ultimately the Oscars, for “Milk.” Roberto Benigni wasn’t even nominated at the Golden Globes for “Life is Beautiful” (1998), but saw his fortunes change after prevailing at SAG. Just two years ago, we saw Eddie Redmayne (“The Theory of Everything”) suddenly become the Oscar frontrunner after a neck-and-neck race with Michael Keaton (“Birdman”) that was ultimately decided by the guild.

Working in Washington’s favor is the impressive show of diversity amongst this year’s nominees. For the first time in Oscar history, at least one black performer contends in each of the four acting categories. Three of the nominated Best Pictures — “Fences,” “Hidden Figures,” and “Moonlight” — feature mostly black casts. Add to that behind-the-scenes contenders such as writer-director Barry Jenkins (“Moonlight”), cinematographer Bradford Young (“Arrival”), and film editor Joi McMillon (“Moonlight”), and this year’s crop of Oscar winners could more than make up for two years of #OscarSoWhite.

But the best thing Washington has going for him is the performance itself. The actor took home a Tony Award for the 2010 revival of August Wilson‘s Pulitzer Prize-winning play, and it’s easy to see why: it’s a vivid, multi-layered role, the best of his career, and he sinks his teeth into it with all the craft and skill of a man who’s been working his entire life towards a part like this. It’s the kind of portrayal that has Oscar written all over it, and the SAG Awards just confirmed that.

Make your Academy Awards picks now and tell industry insiders which films and performers you have out front to win on February 26th. You can keep changing them until just before show time. Be sure to make your predictions right here. You’ll compete for a place of honor on our leaderboard and a starring role in next year’s Top 24 Users (the two dozen folks who do the best predicting this year’s nominees). Read our contest rules.

Will Denzel Washington's treacherous Shakespearean role finally bring him into the three-Oscar club?