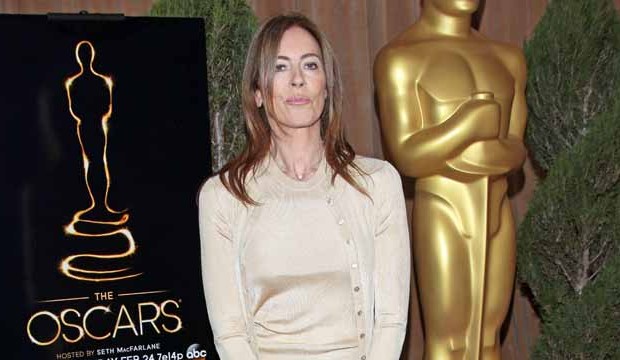 Kathryn Bigelow could return to the Oscar race this year with “Detroit,” a docudrama recounting the 1967 Detroit riots and centering around the murder of three black men during an all-night police at the Algiers Hotel. It’s hard to watch the film without seeing parallels to the Black Lives Matter movement, which has sought to combat police shootings of unarmed African Americans, and that timeliness may compel Academy members to reward it.

Bigelow made history in 2009 by becoming the first woman to win the Academy Award as Best Director for “The Hurt Locker,” which also won her a trophy for Best Picture. Yet despite receiving DGA, Golden Globe, BAFTA, and Critics Choice bids, she was snubbed for her 2012 followup, “Zero Dark Thirty” (she did contend as a producer on the film). In fact, no woman has competed in that category since Bigelow’s victory, despite Best Picture nominations for “The Kids Are All Right” (2010), “Winter’s Bone” (2010), and “Selma” (2014). With the Academy making a push for diversity, will that extend towards female filmmakers?

Should she be nominated, Bigelow would become the first woman to compete as Best Director twice (the other contenders have been Lina Wertmüller for “Seven Beauties” in 1976, Jane Campion for “The Piano” in 1993, and Sofia Coppola for “Lost in Translation” in 2003).

Certainly Bigelow will be helped by the many technical awards the film may contend for. Cinematographer Barry Ackroyd, who competed for “The Hurt Locker,” captures the gritty, handheld feel of late ’60s documentary filmmaking, while production designer Jeremy Hindle and costumer Francine Jamison-Tanchuck painstakingly recreate the period of afros and miniskirts.

Editors William Goldenberg, who won for “Argo” (2012) and contended four additional times (“The Insider” in 1999, “Seabiscuit” in 2003, “Zero Dark Thirty,” and “The Imitation Game” in 2014), and Harry Yoon could be recognized for juggling multiple characters, creating tension, and integrating archival footage.

Another Bigelow veteran, sound designer Paul N.J. Ottosson, hopes to add a fourth trophy to the mantle to accompany the ones he received for “The Hurt Locker” (Sound Editing and Mixing) and “Zero Dark Thirty” (Sound Editing) for making the streets of Detroit feel like a battlefield. And composer James Newton Howard may be looking at his first victory after eight failed bids for his subtle score. Plus, it features an original song by The Roots (“It Ain’t Fair”).

The film reunites Bigelow with screenwriter and producer Mark Boal, who won Best Picture and Best Original Screenplay Oscars for “The Hurt Locker” and competed again for “Zero Dark Thirty.” Like those films, “Detroit” takes a journalistic approach to recreating the events that led up to the shooting, giving us snippets of character development along the way. Given his awards track record, it’s hard to imagine he won’t be in contention again.

As far as acting contenders goes, the film features a large ensemble that includes Anthony Mackie, John Krasinski, Algee Smith, Jacob Latimore, Jason Mitchell, Hannah Murray, Jack Reynor, Kaitlyn Dever, and Ben O’Toole. John Boyega makes a strong impression as a security guard who finds himself caught between his loyalty to the police and the suspects, and he could certainly parlay his “Star Wars” fame into a serious campaign. And Will Poulter could seriously contend as Best Supporting Actor for playing a venomously racist cop terrorizing the hotel guests.