Other than the Oscars, Diane Keaton‘s AFI Life Achievement Award tribute (airing Thursday night on TNT) may be Hollywood’s most A-list event of the year. Watch Keaton’s star-studded grand entrance above, where you’ll see such superstars as Emma Stone, Reese Witherspoon, Sarah Silverman, Lisa Kudrow, Rachel McAdams, Richard Dreyfuss, Martin Short and Andie MacDowell. Many of them will pop up throughout the show to honor Keaton’s lifetime of great film roles, including “The Godfather” (1972) and her Oscar-winning turn in “Annie Hall” (1977). Filmed at the Dolby Theatre on June 8, Keaton is now the 45th recipient of this prestigious honor (see all 45 in our AFI photo gallery down below).

Woody Allen, who won Oscars for writing and directing “Annie Hall,” makes a rare public appearance at the end of the evening to officially present Keaton with the award. Though Allen takes several hilarious jabs at Keaton, he ultimately praises the actress/photographer/style icon, stating, “From the minute I met her she was a great, great inspiration to me. Much of what I have accomplished in my life I owe, for sure, to her.” When she finally makes it to the stage, Keaton decides to forego the speech she’d written and instead sing “Seems Like Old Times” from “Annie Hall.”

Steve Martin and Martin Short sing a hilarious intro song to their “Father of the Bride” co-star Keaton, while a slew of past AFI recipients will be on hand to help induct her into their esteemed club: Steve Martin (2015), Jane Fonda (2014), Morgan Freeman (2011), Warren Beatty (2008), Al Pacino (2007), Meryl Streep (2004) and Sidney Poitier (1992), who helps open the show with founding director George Stevens Jr.

The AFI Life Achievement is one of the industry’s most distinguished awards, as only one person each year is recognized for their contributions to cinema. Last year’s AFI tribute to composer John Williams appears on the 2017 Emmy ballot for Best Variety Special, whereas this Diane Keaton presentation won’t be eligible until the 2018 Emmys. 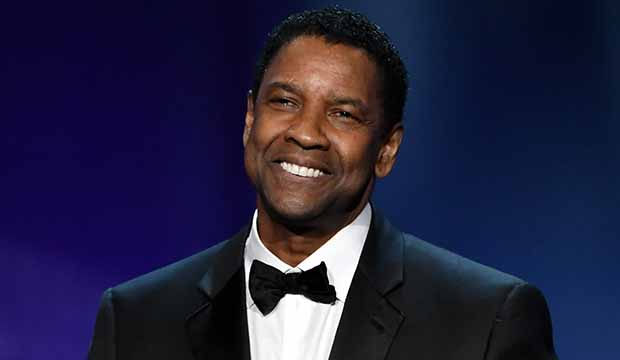 Golden Globes 2019 poll: Vote now which actor or director deserves the next Cecil B. DeMille Award?