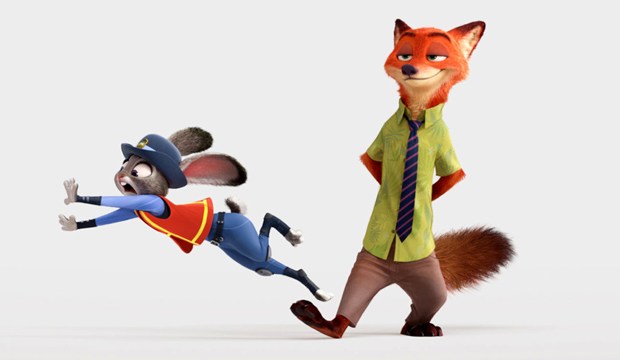 One is the story of an ice princess that enchanted the hearts of girls around the world. The other chronicles the tale of a rabbit and fox who solve a mystery; tacking racial discrimination in the process. Both films took in over $1 billion worldwide; but one question remains: Is “Zootopia” better than “Frozen?”

Read my film vs. film breakdown, then vote in our poll. It’s an epic battle that has paws and claws weathering a storm of ice and snow.

Back in 2013, “Frozen” became the first picture from Disney Animation Studios to win Best Animated Feature at the Oscars. This was after six losing bids from the studio over 12 years. This year, “Zootopia” is the Gold Derby frontrunner to take that prize for the same studio with combined odds of 2/9.

However, that is the only category in which”Zootopia” is nominated. “Frozen” was able to also win the Oscar for Best Song for the anthem “Let It Go.”  Both films won the Golden Globe for Animated Film.

If you think the most popular film should reign supreme then “Frozen” freezes the competition. It earned $400 million in the US compared to the still impressive “Zootopia” gross of $341 million. Worldwide “Frozen” scored $1.2 billion. That’s ‘the first time in forever’ an animated film took in that much! And $200,000 more than “Zootopia.”

Then again maybe you think the most acclaimed film is the best. Here we see another tight race. But in this case it’s Office Judy Hopps that is able to stop Elsa in her tracks. On Metacritic, “Zootopia” scored a 78 compared to 74 for “Frozen.” If you’d rather go with the more populist Rotten Tomatoes aggregator “Zootopia” fares even better with a 98% score against a cool 89% for “Frozen.

However at the end of the day it boils down to which story resonated with you the most. For me it was “Zootopia.” Partly because I love a good mystery. Partly because I thought the development of the friendship between Officer Judy Hopps and Nick Wilde was sweet and profound. And largely because of the way it was able to address the pertinent issue of racial profiling which is a rarity for any film, let alone a family one. Oh, and ‘Flash’ the DMV Sloth.

But if you think I’m bonkers and “Frozen” is the superior film. No reason to ‘let it go.’ Vote in our poll below and leave a cool comment.