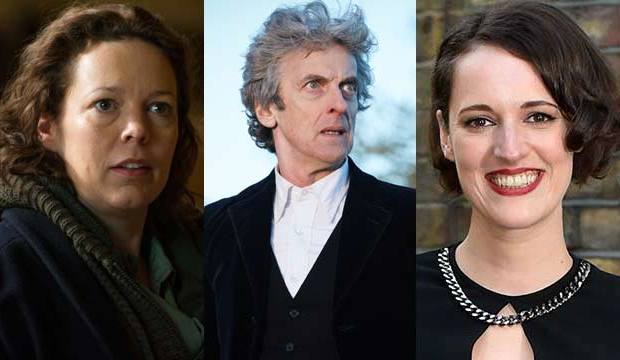 “Is the future going to be all girl?” asked the Master (John Simm) with contempt in the season 10 finale of “Doctor Who.” “We can only hope,” answered the Doctor (Peter Capaldi). The Master is a Time Lord just like the Doctor, and we’ve seen that he regenerated into a female form, Missy (Michelle Gomez), but in the 54-year history of “Doctor Who” the Doctor himself has only ever been played by white men. Is it time for a change of pace? Vote in our poll below.

In the penultimate episode of the season, “World Enough and Time,” the Doctor talked more about regeneration with his companion Bill (Pearl Mackie). He explained, “We’re the most civilized civilization in the universe. We’re billions of years beyond your petty human obsession with gender and its associated stereotypes.” Both episodes were written by Steven Moffat, who is leaving “Doctor Who” along with Capaldi after the Christmas special at the end of the year, so he won’t be in charge of writing the next Doctor, but he did seem to be dropping hints about his — or her — identity.

Many have clamored for the Doctor to be played for the first time by a woman, or by a person or color, or perhaps both. A number of women may be up to the task. recent Golden Globe champ Olivia Colman (“The Night Manager”), for instance, has worked with incoming “Doctor Who” showrunner Chris Chibnall on “Broadchurch,” so she might be a possibility. “Fleabag” breakout star Phoebe Waller-Bridge has also been rumored as a possible candidate for the next Doctor, but she told us in our recent webcam interview, “I am not allowed to say anything about that, one way or the other.” Or Keeley Hawes may be a good fit. She previously guest starred in the “Doctor Who” episode “Time Heist” in season eight. Oscar nominee and Tony winner Sophie Okonedo has also appeared on “Doctor Who,” playing future Queen Elizabeth X, so she undoubtedly has what it takes too.

‘Doctor Who’: With Peter Capaldi ending his run, is he the best Doctor of all time? [POLL]

Chibnall also worked with Eve Myles in “Broadchurch” and as a writer on the “Doctor Who” spinoff series “Torchwood,” so she already has experience in this universe. It would be especially fitting since Capaldi also had roles on “Doctor Who” and “Torchwood” before being cast as the Doctor. But I’m still selfishly holding out hope to see her again in “Torchwood” at some point, though that series hasn’t produced any new episodes since 2011. Or a couple of other “Torchwood” alums could take the reins since they were killed off the show: Indira Varma or Naoko Mori.

Opening things up to more fanciful possibilities, Tilda Swinton is such a chameleonic actor that she could conceivably play the next four or five regenerations of the Doctor. Or perhaps Helena Bonham Carter, who already has experience in outlandish fantasy worlds (“Alice in Wonderland,” “Harry Potter”). Hayley Atwell also has experience as a hero (“Captain America,” “Agent Carter”).

Or if the Doctor remains a man in his next regeneration, how about Idris Elba? His name has often been floated as a potential contender for the first black James Bond, but why not the Doctor? Last year he played a lion (“The Jungle Book”), a seal (“Finding Dory”) and a buffalo (“Zootopia”), so you couldn’t say he lacks the range. Other possibilities for a Doctor of color could be popular comedic actor Richard Ayoade (“The IT Crowd”) and Sacha Dhawan (who co-starred in the making-of-“Doctor Who” docudrama “An Adventure in Space and Time”).

But if an ethnic or gender switch isn’t in the cards, there are still any number of worthy candidates. Russell Tovey is familiar to sci-fi fans thanks to his role as a shy werewolf in “Being Human,” and he also had a guest role in an episode of “Who” during David Tennant‘s tenure as the 10th Doctor. Irish actor Colin Morgan also guest-starred on “Who” before appearing in “Merlin” and “The Fall.” Andrew Scott has made a name for himself in the outlandish role of Moriarty in Steven Moffat‘s “Sherlock,” so there’s no doubt he could fill the Doctor’s outsize shoes.

The list of actors who could play the next Doctor is as big as the United Kingdom, so who would be your dream actor to take over the role? Vote in our poll below, and discuss this and more in our forums.