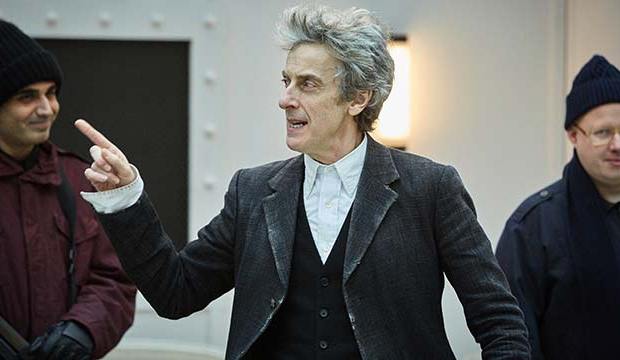 Peter Capaldi just finished filming his final scene as the title character in the BBC America sci-fi series “Doctor Who.” After three jam-packed seasons, he is exiting his role as the latest incarnation of this time traveler in the upcoming Christmas special. He wrapped production on July 10 at the long-time home of “Doctor Who” in Cardiff, Wales.

Showrunner Steven Moffat, who is signing off after six years at the helm, has revealed that he was hoping that the actor would remain for another season of “Doctor Who.” As he explained to Chris Evans on his BBC radio show while talking about the recent season 10 finale: “I was hoping he would stay on. There’s only so much emotional trauma you can bear. I have had three versions of my childhood hero hand in their resignation to me.”

At the behest of Russell T. Davies (“Queer as Folk”), the BBC rebooted “Doctor Who” in 2005 with Christopher Eccleston, who would only sign on for one season. His replacement was David Tennant (“Broadchurch,” “Jessica Jones”) who played the Time Lord for three years before handing off to Matt Smith (“The Crown”) in 2010. That was when Davies exited and Moffat came on board.

That was also the same year that Moffat launched “Sherlock,” the modern-day take on Arthur Conan Doyle‘s fabled detective Sherlock Holmes. He has won two Emmys for writing “His Last Vow” in 2014 and producing the 2016 episode “The Abominable Bride,” which won Best TV Movie. It is rumored that this franchise is finished, with the last three telefilms airing on both sides of the pond in January.