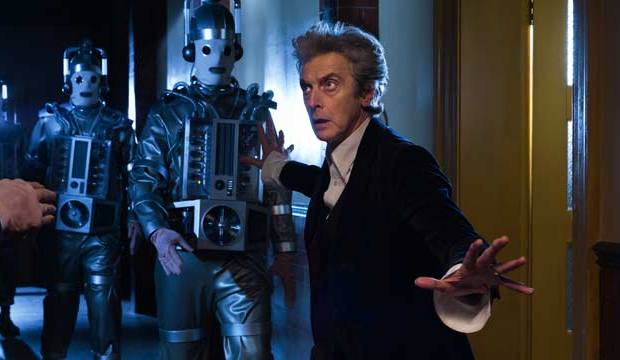 The BBC has confirmed that the name of the new “Doctor Who” will be revealed on Sunday, July 16 following the completion of the men’s tennis final at Wimbeldon. There is sure to be a large audience tuning into this match, even with British tennis ace Andy Murray bounced in the quarter-final. Speculation has run rampant as to who will be the 13th Doctor, with much of the focus currently on Kris Marshall, the one-time star of the BBC hit crime drama “Death in Paradise.”

With the current “Doctor Who,” Peter Capaldi, having finished filming his scenes in the upcoming Christmas special earlier this week, it is likely that the first scene with the new doctor is set to shoot on Monday, July 17. It will also be the first scene scripted by new showrunner Chris Chibnall and is likely to include David Bradley as The First Doctor (played by William Hartnell originally) who popped up in the season 10 finale.

Capaldi is exiting his role as the latest incarnation of the time lord after three seasons. Likewise, Steven Moffat is signing off after six years at the helm. Moffat, who also launched the Emmy-winning “Sherlock,” the modern-day take on Arthur Conan Doyle‘s fabled detective Sherlock Holmes, believes that his successor is far more equipped to take over the “Doctor Who” franchise than he was. “Chris is coming on to the show with the experience of doing ‘Broadchurch.’ He’s already done a major-league, much-fussed about show, so he’s got all that experience so there’s not a lot to talk about there. We just keep each other up to date with what’s going on, and we’ve had various conversations about how the stories will work together.”