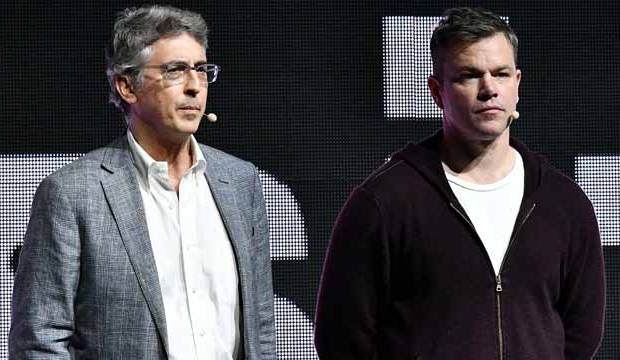 Our sister site Variety has announced that the new Alexander Payne film, “Downsizing,” will open the Venice Film Festival, which runs from August 30 to September 9 and serves as the unofficial launch of the fall awards season. Getting to open the fest is a coveted slot that often goes to eventual Oscar contenders. Six of the last 10 festival openers were ultimately nominated at the Academy Awards, including big winners like “Black Swan” (2010), “Gravity” (2013), “Birdman” (2014) and 2016’s most awarded film, “La La Land.”

“Downsizing” is a sci-fi film starring Matt Damon as a man who decides his life would be better if he literally shrinks himself. It sounds like an unusual concept for an Oscar contender, but not necessarily more so than, say, “Her,” the Oscar winning 2013 film about a man who falls in love with his computer’s operating system, or even “Birdman,” which won Best Picture for its story of an actor launching a Broadway show while being haunted by his old superhero persona.

Even skeptical awards voters will probably be open to the film if only because of the strong track records of both Payne and Damon. Payne has won two Oscars for Best Adapted Screenplay (2004’s “Sideways” and 2011’s “The Descendants”) and has been nominated seven times total. Damon is also an Oscar winning screenwriter (1997’s “Good Will Hunting”) in addition to three acting nominations and one earlier this year as a producer of Best Picture nominee “Manchester by the Sea.”

Also starring in “Downsizing” are Oscar nominees Kristen Wiig and Laura Dern and Oscar winner Christoph Waltz. The film will be released by Paramount Pictures on December 22.

DISCUSS‘Downsizing’ with Hollywood insiders in our notorious forums

Same ol' Oscar category song and dance: Which actor takes the lead wheel and who rides shotgun in…

Hal Ashby movies: All 12 films ranked worst to best, including 'Coming Home,' 'Being There,' 'Shampoo'…