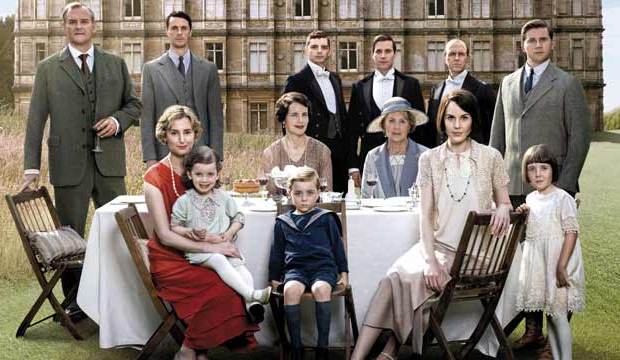 With 4/1 odds, “Downton Abbey” is the third-likeliest to win Best Drama Ensemble at the Screen Actors Guild Awards this Sunday, according to the aggregate predictions of the Experts, Editors and Users polled by Gold Derby. The period piece, which aired its series finale on PBS last spring, trails “Game of Thrones” (9/5 odds) which won the last two Emmys for Best Drama Series, as well as “The Crown” (21/10 odds) which won the Golden Globe for Best Drama Series earlier this month. Below, see my four reasons why those predictions are wrong and why I believe “Downton Abbey” will prevail at SAG yet again.

1. It won last year… and the year before that… and it won before that.

The safest thing to do when predicting Hollywood TV awards is to predict what has won already. “Downton Abbey” has won three of the four times that it has been eligible for Best Drama Ensemble. After contending as a miniseries for its first season, it won Best Drama Ensemble for its second, fourth and fifth seasons.

The only time that it lost was when it competed against the final year of “Breaking Bad,” the most unstoppable juggernaut perhaps ever in television awards history. That half-season of television also swept the top awards for which it was eligible from the Emmys, Golden Globes, Television Critics Association, Critics’ Choice, Producers Guild, Directors Guild, Writers Guild, American Cinema Editors, Casting Society and BAFTA, among others. Even then, SAG managed to pay its respects to “Downton Abbey” by making that the one year that Maggie Smith won Best Drama Actress. Among others, she defeated Anna Gunn (“Breaking Bad”), who won Best Supporting Actress over her at the Emmy ceremonies directly before and after the SAG Awards that year, as well as incumbent SAG winner Claire Danes (“Homeland”), who won in the leading category at those two Emmy ceremonies.

Inertia rules at SAG like nowhere else. “ER” won this very category four years in a row (and solely holds the record for wins in this category, unless “Downton Abbey” ties it this weekend). “Game of Thrones” is on the way to winning a sixth consecutive trophy for Best Stunt Ensemble. When it comes to Best Drama Ensemble, SAG has clearly preferred “Downton Abbey” to “Game of Thrones” so far, so why would things change now? Steve Carell (“The Office”) lost Best Comedy Actor six times to Alec Baldwin (“30 Rock”), who went on to win a seventh straight year. “Game of Thrones” is coming off a Best Drama Series win at the Emmys, but the same was true last year and it still lost at SAG.

It has been hard for “genre” shows at SAG, as only once in 22 ceremonies has one won Best Drama Ensemble: “Lost” (2005). They are not even nominated that often. That was the only nomination in the category for “Lost” in its seven years. “The X-Files” was nominated three times for Best Drama Ensemble in 11 years. “24” was nominated in only 2002, 2004 and 2006. SAG seems to have turned a corner this year, nominating a record three genre shows: “Game of Thrones,” “Stranger Things” and “Westworld.” Unfortunately for them, vote-splitting at SAG has been well documented. Perhaps more SAG voters this year would prefer that a genre show win than “Downton Abbey,” but will votes be concentrated enough for one of them to prevail?

‘The Crown’ could make SAG history with clean sweep

3. This is its last chance.

With its final season in contention, “Downton Abbey” received only a single acting nomination at the Emmys for the first time this year, previously having gotten as many as six performances nominated simultaneously. The actors’ branch may have forgotten the series when nominating, but when it came time to vote for the winners, they got nostalgic and did not let the final season of “Downton Abbey” go home empty-handed. Support mobilized to give a win to lone nominee Maggie Smith, whom they had not even nominated the year before. Something similar seems to be happening at SAG this year. “Downton Abbey” has no cast members individually nominated for the first time, so if voters want to give the show a goodbye hug, their only option is to vote for it in Best Drama Ensemble.

4. The general membership of SAG is unadventurous.

SAG is notoriously unfriendly to new shows. Not only did genre series like “Lost” and “24” have to wait until their second years for SAG to notice them, but more traditionally SAG-friendly fare like “House of Cards” and “The West Wing” also had to wait until their second years to be nominated for Best Drama Ensemble. Again, SAG has turned a corner this year, nominating three first-year shows (and that might lend itself to more vote-splitting): “The Crown,” “Stranger Things” and “Westworld.” This seems promising, but it is important to remember that the people who are voting for the winners are not necessarily the people who voted on the nominees.

160,000 people are eligible to vote for the SAG winners, but the television nominating committee comprises only 2,500 who are specifically tasked with watching as much television as they can. Netflix actually held four screenings of “The Crown” for the nominating committee — more than any other program — with stars Claire Foy, Matt Smith, Vanessa Kirby and John Lithgow available for question-and-answer sessions in both Los Angeles and New York.

If SAG employed the committee to decide the winners as well, “The Crown” probably would beat “Downton Abbey,” seeing as “The Crown” also received nominations for Best Actor (Lithgow) and Actress (Foy) over “Downton Abbey.” But the SAG winners are decided by a vote of the general membership of the 160,000 “media professionals” spread across the country with variably tenuous connections to television; the SAG website lists deejays and puppeteers among the professions that they represent. These are not people who dedicate themselves to watching television, nor is television the only medium that they are considering when voting.

Unlike at the nominating stage when SAG employs separate committees for film and television, all eligible members vote for both the film and television winners. It is unreasonable to think that enough people in such a large group could have binged a show that only debuted in the last two months in the midst of being bombarded by studios with DVDs of films that opened in that same timeframe. Given how well SAG correlates with the Oscars, it is safe to say that voters prioritize the film categories. That SAG has so often awarded veteran film actors in the television races in recent years over the lesser-known actors who bested them at the Emmys suggests that SAG voters are not watching the nominated television programs and instead just checking off the names (or shows) with which they are familiar. Steve Buscemi (“Boardwalk Empire”), Paul Giamatti (“Too Big to Fail”), Queen Latifah (“Bessie”), William H. Macy (“Shameless”), Helen Mirren (“Phil Spector”), Mark Ruffalo (“The Normal Heart”) and Kevin Spacey (“House of Cards”) all won SAG Awards for television performances in the last five years without winning Emmys.

Make your SAG predictions now; change them till Jan. 29

Make your SAG picks and tell industry insiders which shows, films and performers you have out front to win on January 29.  You can keep changing your predictions right up until just before the show time. Be sure to make your predictions right here. You’ll compete for a place of honor on our leaderboard and a starring role in next year’s Top 24 users (the two dozen folks who do the best predicting this year’s nominees). Read our contest rules.