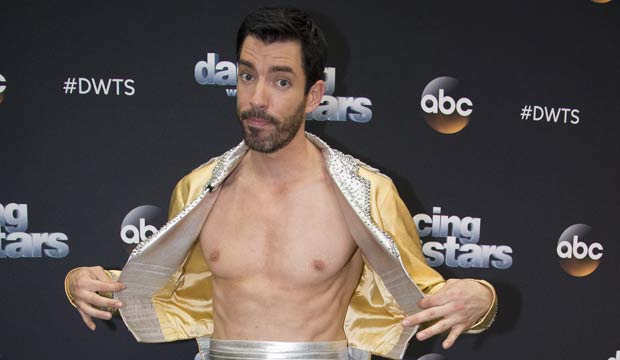 HGTV star Drew Scott was expected to be eliminated from “Dancing with the Stars” at the end of the semifinals on Monday night, according to our racetrack odds. That wasn’t the first time we expected him to be sent home, and it wasn’t the first time he defied our expectations. So now that he’s in the finals maybe it’s time we stop underestimating him and start taking him seriously as a threat to win the Mirror Ball Trophy.

As of this writing Scott is an underdog with 66/1 odds, or just a 1.4% chance of winning the competition against Jordan Fisher, Lindsey Stirling, and Frankie Muniz. But the odds didn’t stop him from getting this far, so let’s consider the factors that could make him a threat to pull off one of the biggest upsets in “DWTS” history.

1. He has the fan base —  Based on judges’ scores over the course of the season so far, Scott is only the sixth best dancer of the season, but the judges’ scores account for only half of the results. The rest comes from fans voting at home, and his ability to advance through the competition even with lower scores demonstrates that he has more viewer support than we might think. As baseball player David Ross proved last season you can go far by appealing to the viewing audience. Ross also had the sixth best judges’ average of the season, but he advanced all the way to the finals and even finished in second place. So you should never underestimate the power of viewer votes.

2. He has the dance skills — Scott has had an uneven track record this season, impressing judges one week while disappointing them the next. But has best dances, like his “Halloween Night” Charleston, have demonstrated enough rhythm and style to keep his scores within striking distance of his usually higher-scoring rivals, so when it’s time for viewers at home to weigh in, they could push him over the top.

3. His pro partner is the reigning Mirror Ball champion — Drew is paired with Emma Slater, who won the Mirror Ball Trophy in season 24 with football player Rashad Jennings. That was her first victory since joining “DWTS” in season 17, and it was actually the only time she has finished in the top three thus far. But sometimes a pro dancer has a honeymoon period where they win multiple Mirror Ball Trophies in a row. Cheryl Burke went back-to-back (season two with Drew Lachey, season three with Emmitt Smith). So did Julianne Hough (season four with Apolo Anton Ohno, season five with Helio Castroneves). And Derek Hough actually won two in a row twice (season 10 with Nicole Scherzinger and season 11 with Jennifer Grey, then season 16 with Kellie Pickler and season 17 with Amber Riley).

4. He’ll have the freestyle — Now that Scott has reached the finals, he could potentially have his strongest dance of the season thanks to the freestyle. That means his partner Slater won’t be constrained by the requirements of a specific dance style. She’ll be able to choreograph to his strengths as a dancer and entertainer. That could help Scott level the playing field against his rivals.