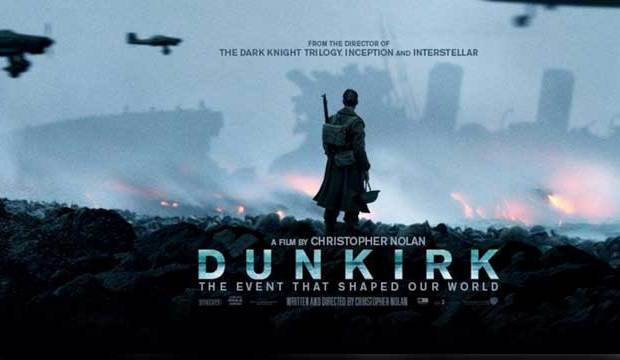 Christopher Nolan could be returning to the Oscar race in a big way with “Dunkirk,” his World War II epic that recounts the harrowing defense and evacuation of British and French troops during the Battle of Dunkirk. The film, which opens this Friday, July 21, is poised to appeal to the Academy Awards voters, who have a predilection for this sort of war material.

For starters, it might be hard to beat Nolan for Best Director. That’s a bold claim, considering that the director’s branch of the Academy has yet to nominate the blockbuster filmmaker, despite three DGA bids (“Memento” in 2001, “The Dark Knight” in 2008, and “Inception” in 2010). He has competed at the Oscars for “Memento” (Best Original Screenplay) and “Inception” (Best Picture and Best Original Screenplay), so he’s far from unrecognized yet overdue nonetheless.

What may help him this time is that “Dunkirk” is an undeniable directorial achievement, in the vein of recent Oscar winners Ang Lee for “Life of Pi” (2012), Alfonso Cuaron for “Gravity” (2013), Alejandro Gonzalez Inarritu for “Birdman” (2014) and “The Revenant” (2015), and Damien Chazelle for “La La Land” (2016). Like those recent victors, this one is bound to be a tech juggernaut, potentially reaping nominations in Cinematography, Film Editing, Production and Costume Design, both Sound categories, and Score.

Nolan’s original screenplay could be recognized as well. Although the film features very little dialogue, it does employ a complex narrative that intertwines three disparate timelines (one week on the beach of Dunkirk, one day in the ocean, and one hour in the air) into a seamless three-act structure.

Speaking of which, one trophy it’s bound to pick up is for film editor Lee Smith. A prior nominee for “Master and Commander: The Far Side of the World” (2003) and “The Dark Knight,” Smith not only juggles the various timelines cohesively, but he does so in a way that creates genuine tension. War films are popular in this category as well: this year saw “Hacksaw Ridge” (a Best Picture nominee) winning here, and other recent battle winners include “The Hurt Locker” (2009), “Black Hawk Down” (2001), and “Saving Private Ryan” (1998).

Cinematographer Hoyte Van Hoytema, who previously worked on Nolan’s “Interstellar” (2014), could win as well. Smart money is on Roger Deakins to clench his first trophy on his 14th try for the upcoming “Blade Runner 2049,” but Hoytema could give him a run for his money with his 70mm IMAX photography, which uses the big screen format to paint in rich, dark hues.

As far as acting contenders goes, the film features a large ensemble, including Kenneth Branagh, Tom Hardy, Cillian Murphy, and newcomer Fionn Whitehead, all jockeying for attention. Yet it’s recent Supporting Actor winner Mark Rylance (“Bridge of Spies,” 2015) as a father who puts the lives of himself and his sons at risk by sailing his boat into battle to rescue wounded soldiers, who’s likeliest to stand out. Can he win this category again just two years later? Christoph Waltz managed to do it with three years in between (for “Inglourious Basterds” in 2009 and “Django Unchained” in 2012), so it’s not impossible.

It’s been a good year for the Nolan family. His brother Jonathan, who co-wrote “Memento” with Christopher, is nominated for writing, directing and producing HBO’s sci-fi/western series “Westworld.”