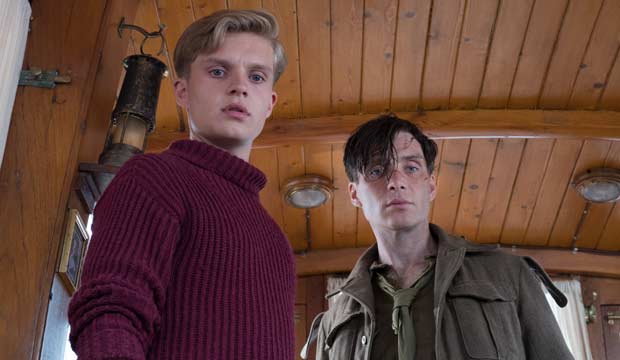 This past summer Christopher Nolan’s latest film “Dunkirk” was released to enormous critical acclaim and grossed over $524 million worldwide. As of this writing, the film is predicted to win the Oscar for Best Picture by 12 of the 25 Expert film journalists we’ve polled, while 19 of them are predicting Nolan to win Best Director. But can the film get a writing nomination? That has proven to be a crucial category in close Best Picture races in recent years.

As of this writing Tim Gray (Variety) is the only expert predicting “Dunkirk” to get in for Best Original Screenplay. Rarely has a film managed to win Best Picture without a screenplay nomination. The last film to do so was “Titanic” back in 1998. Nolan has been nominated for screenwriting twice before for “Memento” in 2002 and “Inception” in 2011. So he’s actually been more popular with the writers branch of the academy than the directors branch, who have never recognized him. But “Dunkirk” could be particularly vulnerable in the writing category.

The film may be seen as more of a technical achievement than a writing achievement, which has happened to other director-driven efforts in recent years such as “Avatar,” “Gravity,” and “The Revenant”; none of those received a screenplay nomination even though they were considered possible contenders to win Best Picture. That shows how important it is to have the writers on your side if you want to win the top prize.

The challenge for “Dunkirk” in the screenplay race is that it isn’t primarily driven by dialogue or character development like other past writing winners such as “The King’s Speech,” “Midnight in Paris,” and “Manchester by the Sea.” That could be held against the film by both the actors and writers branches, though the film does employ a unique time structure that could impress the academy like Nolan’s “Memento” and “Inception” scripts did.

But even if “Dunkirk” misses Best Original Screenplay, all is not lost. This could be another year where there’s a split between Best Picture and Best Director as we’ve had for four out of the last five years. That’s probably due to how those categories utilize two separate voting systems. Best Director, along with most other categories, is decided by a plurality vote where you pick one choice, and the most votes wins; that tends to benefit films with passionate support, even if they’re divisive. But Best Picture is decided by a ranked preferential ballot where consensus choices tend to win out over pure passion (as with “Spotlight” over “The Revenant,” “Moonlight” over “La La Land”). So Nolan could indeed win Best Director even if he’s snubbed for his script, while Best Picture might then go to a different consensus choice.

What do you think? Are we underestimating “Dunkirk” for a screenplay nomination? Can it win Best Picture even without one?