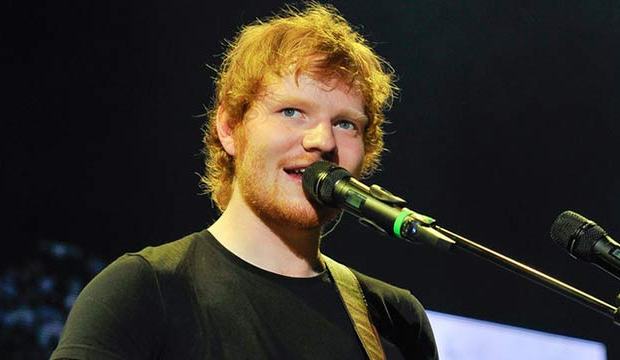 When “Game of Thrones” returned for its seventh season on July 16, Ed Sheeran had a cameo in the first episode, “Dragonstone.” The Grammy-winning singer/songwriter is a huge fan of the Emmy-winning drama and dropped by the set during filming last year to shoot his scene. Now comes word that he is to give voice to a character on another Emmy champ, “The Simpsons.”

Sheeran is also a devoted fan of this long-running animated series and one of his many tattoos is of Blinky, the three-eyed fish. In the upcoming parody of the Oscar-winning “La La Land,” Sheeran will play Brendan, a musician who comes to Springfield and falls for Lisa Simpson. He reported his casting on Instagram, writing “This year continues to be equally surreal and amazing. Watch out for this one, me and Lisa have a whole thing going on.”

As with “The Simpsons,” which wrote the role just for him so did “Game of Thrones” showrunners David Benioff and D.B. Weiss. They had come up with the idea that Sheeran should don a costume and appear in a scene with one of his biggest fans, Maisie Williams who plays Arya Stark. As Benioff explained during a SXSW panel in Austin, TX earlier this spring, “For years we’ve been trying to get him on the show so we can surprise Maisie; this year we finally did it.”