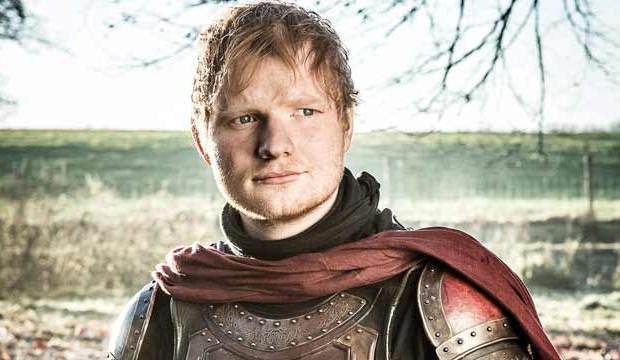 Ed Sheeran had a cameo in Sunday’s “Game of Thrones” season premiere “Dragonstone.” Online reaction to the appearance by the Grammy-winning singer/songwriter was overwhelmingly negative and by Tuesday he had exited Twitter. However, he says that his departure from that social media platform was already in the works.

Indeed, as he explained on Instagram:  “I came off Twitter Coz [sic] I was always intending to come off Twitter, had nothing to do with what people said about my game of thrones cameo, because I am in game of thrones, why the hell would I worry what people thought about that. It’s clearly f—–’ awesome. Timing was just a coincidence, but believe what you want.”

Sheeran is a huge fan of the Emmy-winning drama and showrunners David Benioff and D.B. Weiss, who also write most of the episodes, had come up with the idea that he should don a costume and appear in a scene with one of his biggest fans, Maisie Williams who plays Arya Stark. As Benioff explained during a SXSW panel in Austin, TX earlier this spring, “For years we’ve been trying to get him on the show so we can surprise Maisie; this year we finally did it.”