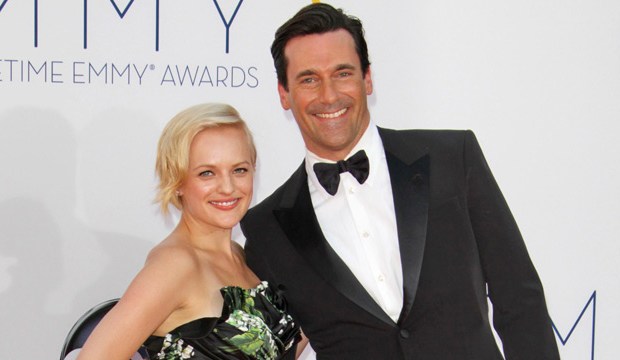 Elisabeth Moss finally won an Emmy this year after going unrewarded for her eight-year work on AMC’s “Mad Men.” Winning for her soul-baring work on “The Handmaid’s Tale,” much of the narrative surrounding her win was the overdue factor. “Mad Men” had one of the most peculiar runs in Emmy history, winning four consecutive Emmys for Best Drama Series and multiple Drama Writing wins but none of its actors were rewarded for seven whole years. It wasn’t until the final eligible year for “Mad Men” when star Jon Hamm, after being the Emmy bridesmaid since 2008, finally took home the prize for Best Drama Actor in 2015 for playing Don Draper. So which “Mad Men” star will be next to take up this narrative in the years to come? Read our analysis and then vote in our poll below.

January Jones
Jones earned just one Emmy nomination for her stellar performance as Don’s depressed wife turned ex-wife Betty. She was nominated in 2010 for Best Drama Lead Actress for the show’s third season and then never again. The actress is now starring in Fox’s “The Last Man on Earth,” and while the show did earn Emmy nominations for its first two seasons, it was completely shut out for Season 3. It’s hard to imagine Jones will find a character more iconic than Betty in her career, but some may have thought the same about Moss with Peggy Olson.

Christina Hendricks
Hendricks is perhaps the most overdue for an Emmy win, considering the number of nominations she received. The actress, who played bombshell Joan Harris, was nominated for six consecutive years from 2010-15 for Best Drama Supporting Actress but never won. Hendricks has since appeared in small-scale shows like “Hap and Leonard” and “Another Period” while also appearing in movies. She is teaming up with “Mad Men” creator Matthew Weiner again for his next show, “The Romanoffs,” so she may be in the Emmy discussion again soon.

John Slattery
Slattery, who played playboy Roger Sterling in “Mad Men,” earned Emmy nominations for each of its first four seasons from 2008-11. He was then inexplicably dropped the next season and never returned, despite delivering a great performance all the way through the end of the series. Slattery has kept very busy appearing in movies like “Spotlight” and “Captain America: Civil War” and shows like “Veep” and the “Wet Hot American Summer” revival. Based on his choice in projects it’s hard to imagine him not being nominated in a supporting or guest role in the near future.

Vincent Kartheiser
Kartheiser is the only major cast member on “Mad Men” to never receive an Emmy nomination. As the weaselly Pete Campbell, voters never took to his performance even when the show was at its Emmys peak. Like Slattery, Kartheiser has picked many critically acclaimed projects in his post-“Mad Men” career, like “Casual,” “Saints & Strangers” and “Genius.” His wife Alexis Bledel never earned an Emmy nomination for “Gilmore Girls” but came out of nowhere with a great performance in “The Handmaid’s Tale” that earned her a Drama Guest Actress Emmy win this year. Kartheiser could easily do the same.

Jared Harris
Harris, who played Lane Pryce, was only on “Mad Men” from Season 3-5 but he still earned an Emmy nomination for his last season. The actor has been in all kinds of movies and TV shows since “Mad Men,” including “Lincoln,” “The Man from U.N.C.L.E.,” “The Expanse,” “Certain Women” and “Allied.” Some argue he was almost Emmy nominated for playing King George VI in “The Crown” this year. Depending on the material he could be nominated for Season 2 next year.