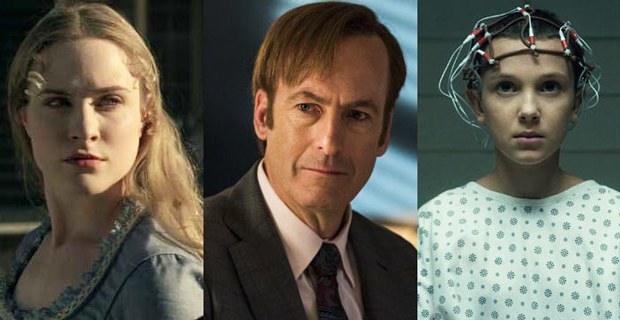 The seven shows nominated at the 2017 Emmys for Best Drama Series are: “Better Call Saul,” “The Crown,” “The Handmaid’s Tale,” “House of Cards,” “Stranger Things,” “This Is Us” and “Westworld.” We may know the winner of this race a week before the Emmys take place on Sept. 17. That is because each of the last five winners of Best Drama Series had first taken home the Best Drama Single-Camera Picture Editing award at the Creative Arts ceremony.

At the ACE Eddie Awards last winter, both “Stranger Things” and “Westworld” competed for Best Edited One-Hour Series for Non-Commercial Television but were edged out by “Game of Thrones” for “Battle of the Bastards” (Tim Porter), which had contended at last year’s Emmys. While “Stranger Things” competes at the Emmys with the same two episodes that were up for ACE Eddie Awards,  “Westworld” had a different episode — “The Original” (Marc Jozefowicz) — in the running there.

“Better Call Saul” competed at the ACE Eddie Awards in the Best Edited One-Hour Series for Commercial Television for three episodes from season two. Two of those were cut by Macdonald who is a double nominee at this year’s Emmys. Macdonald won an Emmy for his work on “Felina,” the “Breaking Bad” series finale in 2014.

“Breaking Bad” also won Best Drama Series that year and it had taken both awards the previous year as well. “Homeland” claimed both the series and editing Emmys in 2012 as did “Game of Thrones” both last year and in 2015.