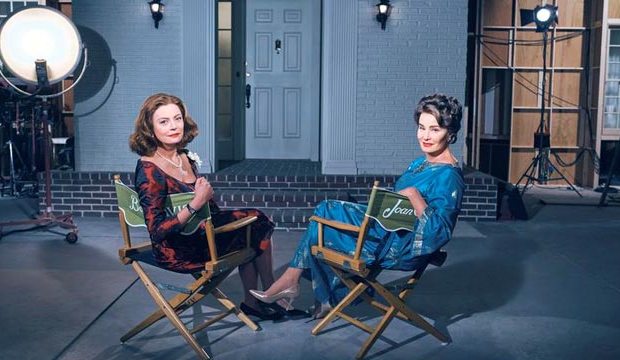 At this year’s Emmys, “Feud: Bette and Joan” is the most nominated limited series of the year scoring a whopping 18 bids, including one for the top prize. It’s an astonishing accomplishment for this re-telling of the rivalry between two of the silver screens most iconic stars Joan Crawford (played by Jessica Lange) and Bette Davis (Susan Sarandon). Does this mean that the race is over for the other four contenders: “Big Little Lies,” “Fargo,” “Genius” and “The Night Of” then?

Not necessarily, “Feud” is actually missing a  critical nomination — Best Limited Series/Movie Single-Camera Picture Editing — for which the the last six winners of the genre award have contended.

Only three of the limited series contenders number among the nominees: “Fargo” earned bids for three episodes: “Aporia” (Henk Van Eeghen), “The Law of Vacant Places” (Regis Kimble) and “The Narrow Escape Problem” (Curtis Thurber). “The Night Of” received a nomination for the premiere “The Beach” (Jay Cassidy and Nick Houy). And “Big Little Lies” contends for the finale “You Get What You Need” (Veronique Barbe, David Berman, Maxime Lahaie, Sylvain Lebel and Jim Vega).

“Big Little Lies” and “Fargo” are tied as the second most nominated limited series with 16 nominations apiece. In the editing category, “Fargo” could have trouble with vote-splitting. Van Eeghen is the only past winner (“Lost” for the episode “The End” 2010) of the trio of nominees while the other two, Kimble and Thurber, were nominated for seasons past. “Big Little Lies” is cut by a half dozen people who’ve primarily worked in film.

The editors to look out for are Cassidy and Houy from “The Night Of.” Like the “Big Little Lies” cutters, they have also primarily worked in film. Cassidy however is a three-time Oscar nominee (“Into the Wild” 2007, “Silver Linings Playbook” 2013” and “American Hustle” 2014). He’s already reaped an ACE Eddie nomination for the same episode losing out to “All the Way” (Carol Littleton).