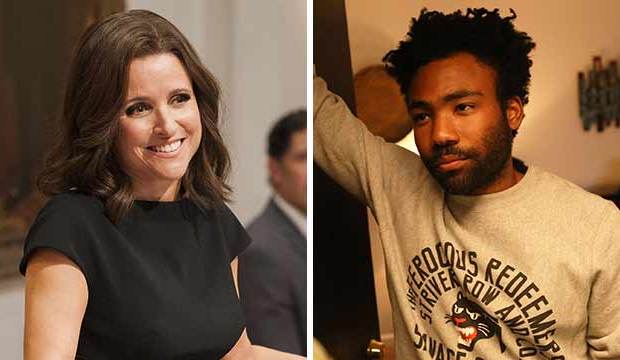 “Veep” has been nominated for the last five years — every year it’s been on the air. It didn’t win the award until its fourth season in 2015 and repeated in the top category last year, so it’s not giving up without a fight. But the fall and winter industry awards season was a mixed bag for the HBO political satire. Julia Louis-Dreyfus won the SAG Award for Best TV Comedy Actress for the second time, but the show lost Best TV Comedy Ensemble to “Orange is the New Black.” That might not be significant, though, since “Orange” competes as a drama at the Emmys. Then there were the Golden Globes, where the show lost Best TV Comedy Series to upstart FX series “Atlanta.”

But that wasn’t all. “Atlanta” also won Producers Guild and Writers Guild Awards for Best Comedy Series. “Veep” did strike back at the Directors Guild Awards, however, taking Best Comedy Directing for the episode “Inauguration.” But at all those awards “Veep” was competing for its fifth season, which aired in 2016. The sixth season that just finished airing this June 25 is what TV academy members are considering, and this is its first test on the awards scene.

Nevertheless, it’s important to look at earlier industry kudos since they’re given out by industry professionals just like the Emmys are. But it’s hard to know for sure how well those precursor awards will forecast the Emmys because of a new shift in voting that took effect in 2017. In the nominations phase, the entire membership of 21,000 were encouraged to vote for as many achievements as they feel are worthy, meaning they could have picked anywhere from one comedy to every single eligible contender on the ballot.

Once nominees are announced there’s also a relatively new system for picking the winners. Starting in 2016, TV academy members no longer rank the choices in order of preference. Now they must pick only one winner. Where a preferential ballot gives the advantage to a consensus choice, the new plurality vote might benefit a show with a more passionate following. That said, “Veep” has won once on a preferential ballot (2015) and once under a plurality vote (2016), so it could win no matter what.