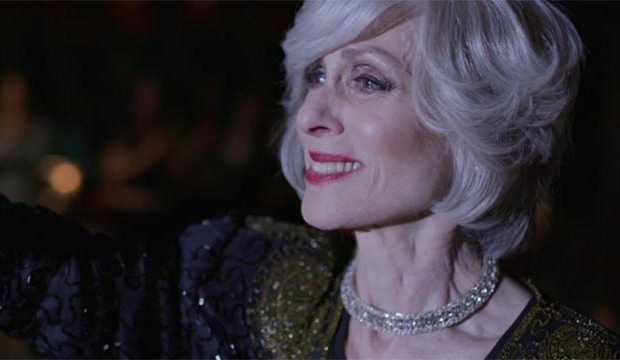 Judith Light earned her second consecutive Emmy nomination this year for Best Comedy Supporting Actress for her role as Shelly Pfefferman on Amazon’s “Transparent.” A veteran of both television and Broadway, Light’s awards mantel is already populated with two Daytime Emmys for her role as Karen Wolek on “One Life to Live” (Best Actress, 1980-1981) and two Tony Awards for her featured roles in “Other Desert Cities” (2012) and “The Assembled Parties” (2013). She also earned a previous Emmy nomination for Comedy Guest Actress for “Ugly Betty.”

Light’s submission to Emmy voters is the season finale, entitled “Exciting and New.” Shelly is fresh from her breakup with her boyfriend Buzz (Richard Masur), and decides to take her children and her ex Maura (Comedy Actor nominee Jeffrey Tambor) on the cruise that she had planned for her honeymoon. Despite her hopes for a bonding moment with her family, Shelly’s children are too caught up in their own issues to give their mom any attention. Instead Shelly bonds with her cabin steward (Tom Lenk), who gives Shelly the opportunity to perform her one-woman show in the ship’s lounge. After a tense confrontation with her family in which she accuses them of ignoring and belittling her, she invites them to see her perform. The episode ends with Shelly’s emotional rendition of Alanis Morissette‘s “Hand in My Pocket,” as her family looks on with pride.

Will Emmy voters embrace Light by awarding her her first Primetime Emmy? Let’s examine the pros and cons of her submission:

If tapes still matter, then Light’s submission has all of the elements necessary to win. We get a wide range of emotions — from her inner frustration at her family’s treatment of her, to her strength at performing her one-woman show. She also gets an angry scene where she calls her children out for their insensitivity towards her. The audience empathizes with Shelly as she struggles to find her own voice, as well as someone who will listen to it.

Light’s performance is also rich with comedic moments, something unusual for a series that has often been criticized for being too serious for comedy categories. Perhaps her funniest moments come during her interactions with Lenk, whom she hilariously refers to as “the gay who comes with the room.”

The submission ends with a bang as Shelly performs her show, particularly as she sings. What may seem to be a strange song choice turns into a moment of joyous catharsis as Light conveys both Shelly’s vulnerability and strength, and the look on Shelly’s face at the end of the episode conveys a myriad of emotions, almost demanding that the audience — and Emmy voters — join in on the cheers.

Light is nominated in one of the most competitive categories of the year. With the political relevance of “Saturday Night Live” resulting in nominations for three of its female performers, and the possibility of vote-splitting with her co-star Kathryn Hahn, this category could be easily break in favor of the yet-to-be rewarded Anna Chlumsky (“Veep”).