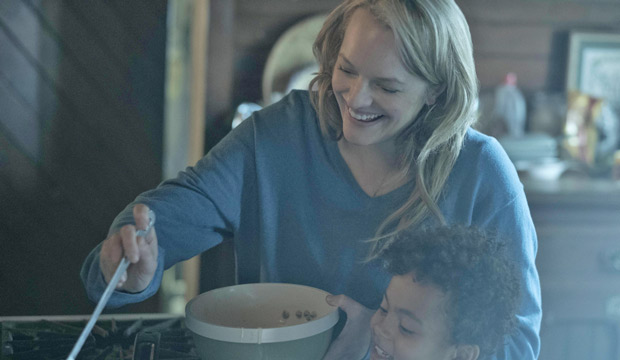 In the past few weeks, Elisabeth Moss (“The Handmaid’s Tale”) has completely shaken up the Emmy race for Best Drama Actress. The late-comer from Hulu is now within striking distance of taking down category frontrunner Claire Foy (“The Crown”), according to our Emmy experts from major media outlets. Can Moss continue to climb as we approach Emmy voting, or will Foy be coronated the champ? Let’s take a closer look at the predictions of our savvy Emmy experts.

But seven Emmy experts are banking on a victory for Moss for her role of a handmaid named Offred who tries to survive in the male-dominated regime of Gilead. They are: Debra Birnbaum (Variety), Tom O’Neil (Gold Derby), Lynette Rice (Entertainment Weekly), Paul Sheehan (Gold Derby), Ken Tucker (Yahoo), Glenn Whipp (Los Angeles Times) and Jarett Wieselman (Buzzfeed). This would be Moss’s eighth career Emmy nomination after seven bids for “Mad Men” and another for “Top of the Lake,” which just premiered its second season at Cannes.

One lone outlier — Kerr Lordygan (Rotten Tomatoes) — goes rogue in predicting that Keri Russell will win for her long-running character of Elizabeth Jennings on FX’s Russian spy drama “The Americans.” It took four years for Emmy voters to nominate Russell, Matthew Rhys and “The Americans” in the drama races, and now increased buzz and attention could bring Russell her first victory.

None of our experts are currently predicting a victory for any other Best Drama Actress hopefuls, but 12 out of 16 believe that Evan Rachel Wood, who plays robot Dolores Abernathy on “Westworld,” will earn her second career Emmy nomination following her 2011 bid for “Mildred Pierce.”

Viola Davis (“How to Get Away with Murder”) is a recent Oscar champ for “Fences,” and now 10 of our TV experts think she’ll be back in the Emmy race for the third year in a row after prevailing in this category in 2015. She portrays cunning lawyer Annalise Keating on the addictive ABC drama.

With the support of nine Emmy seers, Christine Baranski is next in line for her role as attorney Diane Lockhart on CBS All Access’s “The Good Fight.” A spinoff of “The Good Wife,” Baranski’s role has increased so she’ll be competing in the lead category this year. Will she earn an Emmy bookend to her “Cybill” victory from 1995?

As the new season of “House of Cards” has just streamed on Netflix one day before the end of 2017 Emmy eligibility, six pundits predict that Robin Wright will earn her fifth consecutive nomination for her role as First Lady-turned-Vice President Claire Underwood on the political thriller.

NBC’s breakout hit “This Is Us” will earn a Best Drama Actress nomination for Mandy Moore, say five of our prognosticators. The singer/actress has the benefit of playing family matriarch Rebecca Pearson in both of the show’s timelines, so voters get to see two vastly different performances.

Rounding out the Top 10 contenders, both Carrie Coon (“The Leftovers”) and Claire Danes (“Homeland”) have two journalists predicting them for Emmy nominations. It would be Coon’s first career bid after winning at the Critics’ Choice Awards last year as Nora Durst on HBO’s departing cult hit, while Danes is an Emmy fave who’s hoping to take home her third trophy for playing Carrie Mathison on Showtime’s CIA drama.

Mandy Moore, Milo Ventimiglia among 19 'This Is Us' cast members submitted at 2022 Emmys -- which…

Claire Foy ('A Very British Scandal'): 'If we just showed good people all the time on screen, we…

Is 'This Is Us' on tonight?

Mandy Moore on the tearful series finale of 'This is Us': 'I'm going to miss everything' [Exclusive…