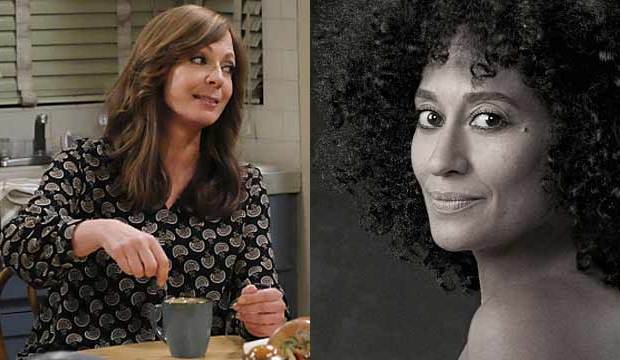 After five straight victories by Julia Louis-Dreyfus (“Veep”), is the Emmy race for Best Comedy Actress open-and-shut this year? Not if these awards hopefuls can help it. Two of last year’s nominees are out of the running this year — Amy Schumer (“Inside Amy Schumer”) and Laurie Metcalf (“Getting On”) — so there’s a chance for a newcomer or a returning contender to take the gold.

Watch our in-depth interviews with 16 of this year’s Emmy contenders below:

Pamela Adlon (“Better Things”): “I wanted to do something that was more fictional, and then I ended up writing my own story.” (Watch Now)

Rachel Blanchard (“You Me Her”): “I think she realizes that there’s more to life that she wants to explore, and she feels that she can’t do that in the confines of her relationship. So she begins to question what it is she wants from life.” (Watch Now)

Rachel Bloom (“Crazy Ex-Girlfriend”): “The fact that there are four different kinds of angles on Rebecca’s story… It gave us an in. It wasn’t like we were spinning our wheels being like, ‘how are we going to do more of this show?,’ because the plot had escalated.” (Watch Now)

Logan Browning (“Dear White People”): “I do love that I get to be a voice of the young activist generation. I don’t think there are enough versions of that in the media and entertainment, so it’s really an honor to portray millennial activism.” (Watch Now)

Minnie Driver (“Speechless”): “Here was a show that was beautifully extolling the virtues of being a human being, whether you use a wheelchair or not … It was so funny and irreverent and dealt with the issues that challenge families with special needs in such a funny, robust way.” (Watch Now)

Jenna Elfman (“Imaginary Mary”): “I get to have the dynamic of working with a CGI character, and not just working with one, but doing physical comedy, and I’m the only one who sees this character.” (Watch Now)

Priscilla Faia (“You Me Her”): “Going into [the] second season was exciting. You have more of a feeling of family, and everyone kind of knows what they’re doing a little bit more.” (Watch Now)

Kathryn Hahn (“I Love Dick”): “This was one of a couple of titles she sent my way to possibly read, and of course I was immediately intrigued, having never heard of it before.” (Watch Now)

Allison Janney (“Mom”): “I didn’t think everything I said ‘yes’ to would happen at the same time. Sometimes you have a project you’ve been wanting to do for years, and all of a sudden the financing falls into place.” (Watch Now)

Justina Machado (“One Day at a Time”): “Let’s make this good. We’ve got to get this together. We have an opportunity to change the Latino narrative.” (Watch Now)

Tig Notaro (“One Mississippi”): “The fun part was to be able to write different endings to things … A lot of the comedy is born out of real moments.” (Watch Now)

Kaitlin Olson (“The Mick”): “I’m so happy that they wanted me to do it. I get to play two different characters and I get to work year round… it’s just been such an honor.” (Watch Now)

Gina Rodriguez (“Jane the Virgin”): “It’s definitely been a more challenging season because shaking off the devastation of losing Brett as my acting partner felt so much like life imitating art, art imitating life.” (Watch Now)

Tracee Ellis Ross (“Black-ish”): “I think there are so many things that women do that are extraordinary … but I think a lot of the performances that have come out of this last year of work and what’s happening for women on television is so amazing.” (Watch Now)

Phoebe Waller-Bridge (“Fleabag”): “I first performed it in this dripping, stinking cave at the Edinburgh Festival with like 60 people [in attendance]. To have gone all the way to the Critics’ Choice, it was a real sort of emotional moment that the Americans and that the awards circuit had embraced the show.” (Watch Now)