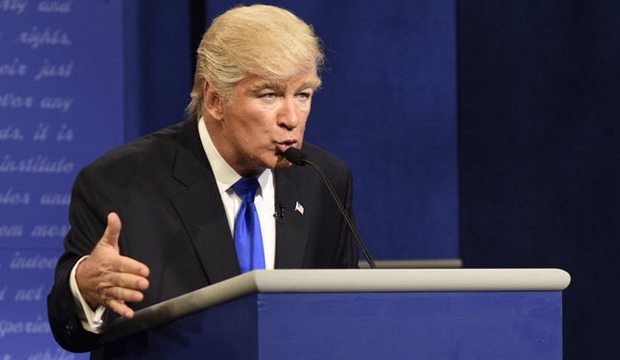 The 2017 Emmy nominations were announced on Thursday, July 13, and Alec Baldwin‘s bid for Best Comedy Supporting Actor is such an anomaly that it could only have happened in the kind of upside-down world that elected Donald Trump as president. Baldwin was originally brought onto “Saturday Night Live” last fall as a guest actor to impersonate Trump during the fall election campaign. To the surprise of most Trump won the election, so Baldwin stuck around long enough to exceed the limit of episodes to be considered a guest actor. But far from hurting him, he’s been such a water-cooler sensation on “SNL” that we were predicting him to win as of the morning of nominations. Check out the complete list of nominees to see who else made the cut.

So is he really a sure thing? He has gotten a lot of love from the TV academy. This year he’s also nominated for Best Reality Host for “Match Game,” and prior to this morning’s nominations he had contended a whopping 16 times of the course of his career. Most of those were for starring in and producing “30 Rock,” for which he won back-to-back Best Comedy Actor titles from 2008-2009. But to date those are his only Emmy victories, so voters won’t just check off his name whenever they see him on a ballot.

Or at least, it hasn’t been the case before that voters would name-check him. This is the first time he’s competing at the Emmys under the new voting system where you only need a plurality of votes from the entire actors branch instead of the nominees being ranked in order of preference. That more closely resembles the voting system at the SAG Awards, where Baldwin famously won Best Comedy Actor seven times in a row for “30 Rock” (2007-2013). If the Emmys behave more like that this year, then maybe he really is unbeatable. What do you think?