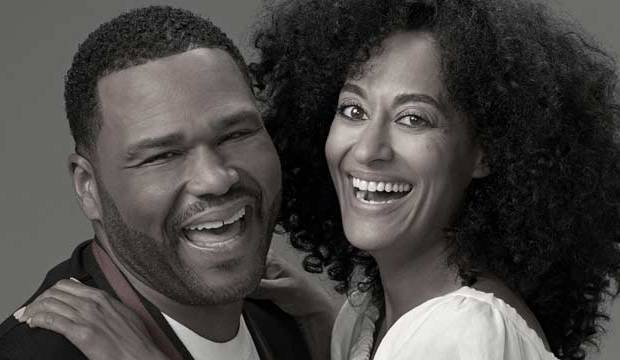 The 2017 Emmy nominations were announced on Thursday morning, July 13, and after three seasons on the air is “Black-ish” in a position to overtake “Veep” for Best Comedy Series? On paper it looks like an uphill battle. It didn’t exceed its nominations total from 2016 very much. This year it has four bids: Best Comedy Series, Best Comedy Actor (Anthony Anderson), Best Comedy Actress (Tracee Ellis Ross) and Best Comedy Guest Actress (Wanda Sykes). That’s the same as last year with the addition of the nomination for Sykes. Compare that to two-time defending champ “Veep,” which has 17 nominations, its biggest total ever.

“Black-ish” had been on an awards upswing over the past year. It earned its first Golden Globe nominations earlier this year: Best TV Comedy Series, Best TV Comedy Actress (Ross) and Best TV Comedy Actor (Anderson), with Ross winning. Those awards are handed out by the Hollywood Foreign Press Association, which don’t share members in common with the TV academy, but then “Black-ish” picked up its first two SAG nominations — Best Comedy Ensemble and Best Comedy Actor (Anderson) — and those awards are given out by industry pros just like the Emmys, so they really might show us which way the wind is blowing at these awards.

However, “Black-ish” missed out on key nominations that are important for winning the top prize. It was snubbed for Best Comedy Writing and Best Comedy Directing for the episode “Lemons,” and it’s also absent from Best Comedy Casting. The writing and directing bids wouldn’t have just been important because of the cultural importance of “Lemons,” which exposed the raw nerves following the election of Donald Trump, but because it’s historically hard to win Best Comedy Series without a nomination in at least one of those two categories — no show since “Friends” in 2002 has managed that feat. And in the past two years every program that has won Best Casting has gone on to win its corresponding program award, including “Veep” for the past two years. So is it game over for the ABC sitcom?

Maybe not. “Black-ish” is still trending upwards overall on the awards scene, and after six seasons of “Veep” combined with the chaotic real-world governance of the last few months, voters may be feeling political fatigue and may wish to award a show about a family as frustrated by modern politics as the audience is.

Perhaps more importantly, the Emmys have a new voting system that has only been in place since last year. Winners are now decided by a plurality vote of all eligible members of the TV academy. “Veep” won last year under this system, but that’s only one data point. Perhaps the old rules don’t apply and you don’t really need writing, directing or casting nominations to signal a win anymore. Time will tell.