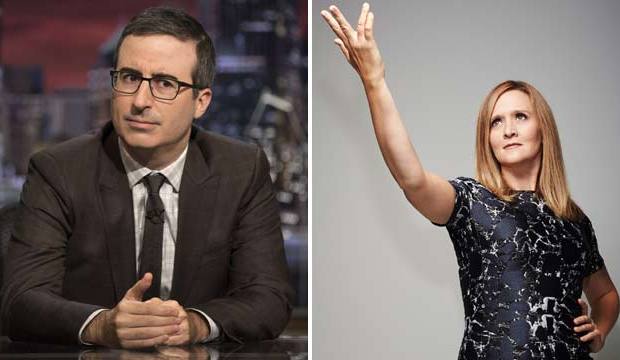 Jon Stewart left his late-night perch on “The Daily Show” in 2015, and Emmy voters sent him away with the award for Best Variety Talk Series. That was the 11th total victory for Best Variety Series, so his absence left a huge vacuum in the category that was filled by “Daily Show” alum John Oliver for his HBO show “Last Week Tonight,” which won in 2016. But now that Oliver has succeeded Stewart as Emmy’s late-night king, he’ll need to watch out because this year he may be quickly deposed by the new Queen Bee, who made the cut for the first time when the 2017 Emmy nominations were announced. Check out the complete list of nominees here.

Samantha Bee was expected to be nominated last year for her new TBS series “Full Frontal” but missed the cut, though she did earn a bid for Best Variety Series Writing. In the year since that snub her popularity, ratings and cultural influence have risen, especially in the wake of Donald Trump winning the presidential election. Her feminist perspective has made her a unique voice in a mostly male-dominated late-night field. And it makes her a unique presence at the Emmys too. In fact, “Full Frontal” is the first female-led show to even be nominated for Best Variety Series since Tracey Ullman‘s “Tracey Takes On…” in 1999, and none have won since “Tracey” prevailed in 1997, exactly 20 years ago.

The TV academy’s bias against female late-night hosts — indeed an industry-wide bias given how rare they are — could hurt Bee in this race, or perhaps it could actually help her instead. After all, the theme of a qualified woman denied a position after years of establishing credibility is particularly resonant this year. Voters might look at this field of nominees and decide, “I’m with her.”

What do you think of the nominations? Is Samantha Bee poised to win?