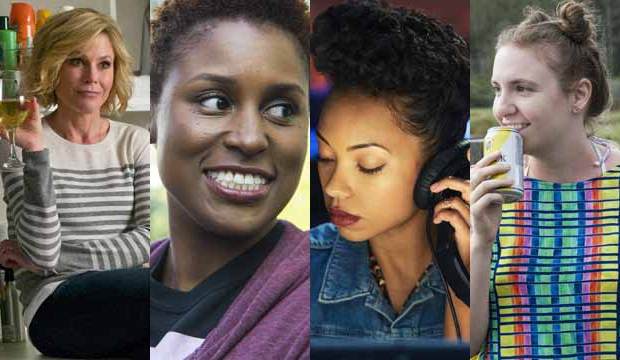 The Emmy nominations will be announced on Thursday, July 13, and our Experts are pretty sure they know what will be nominated for Best Comedy Series. We’ve polled 20 TV journalists from top media outlets for their picks and their top seven contenders are “Veep,” “Atlanta,” “Black-ish,” “Transparent,” “Master of None,” “Silicon Valley” and “Unbreakable Kimmy Schmidt.” With the exception of freshman series “Atlanta” those shows were all nominated last year. But the Emmys almost never go exactly as planned. So if there’s a surprise in the top category, what might it be?

Our Experts point to four shows in particular as potential dark horse candidates to watch out for. Six Experts are predicting a return nomination for ABC’s “Modern Family”: Bonnie Fuller (Hollywood Life), Pete Hammond (Deadline), Tom O’Neil (Gold Derby), Lynette Rice (Entertainment Weekly), Matt Roush (TV Guide Magazine) and Paul Sheehan (Gold Derby). “Modern Family” has been nominated in the top race for the last seven years, including a record-tying five wins in a row (2010-2014), but it has been waning in recent years, earning an all-time-low four nominations in 2016. But one more nomination for Best Comedy Series would tie it with “Frasier” as the fourth most nominated comedy of all time behind “Cheers” (11), “M*A*S*H” (11) and “All in the Family” (nine).

Two Experts expect a nomination for another new series, “Dear White People”: Deggans and Kerr Lordygan (Rotten Tomatoes). The series is a continuation of the acclaimed 2014 independent film by writer-director Justin Simien, which won awards at the Sundance Film Festival and Independent Spirit Awards.

And another two Experts think “Girls” will make a comeback for its sixth and final season: Rice and Jarett Wieselman (Buzzfeed). “Girls” earned bids for its first two seasons (2012-2013), but despite earning a handful of nominations in subsequent years it hasn’t returned to the top race.