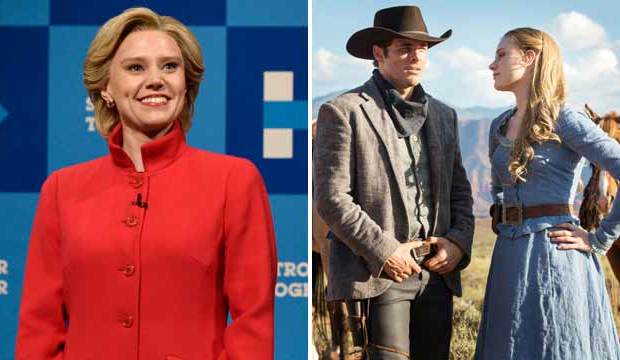 There were big surprises when the 2017 Emmy nominations were announced on Thursday, July 13. But the surprises weren’t just in which shows made the cut but in how many nominations those shows got. It looked like programs such as “The Crown” and “Feud: Bette and Joan” might lead the way thanks to their lavish production values. But instead the two top shows on Emmy morning were “Saturday Night Live” and “Westworld,” both of which greatly exceeded our expectations. Check out the complete list of nominees to see who else made the cut.

But those weren’t the only big shows this year. “Feud” did follow close behind with 18 nominations, as did “Stranger Things.” And “Veep” was by far the top comedy of the year with 17 bids. Check out all of this year’s most nominated shows below.

13 Nominations
“The Crown”
“The Handmaid’s Tale”
“The Night Of”

11 Nominations
“This is Us”