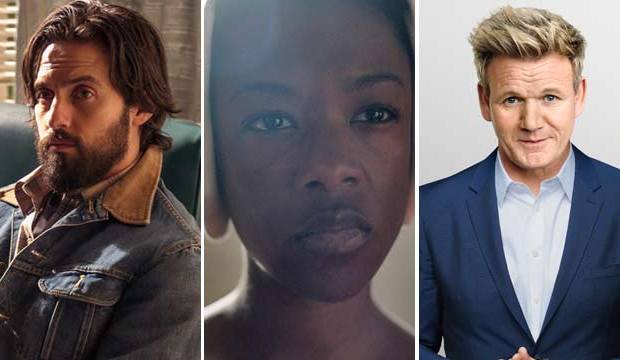 The 2017 Emmy nominations were announced on Thursday morning, July 13, and there were many surprises, so if you went out on a limb when making your predictions, they might have paid off in multiple ways. We at Gold Derby believe in transparency, so we’re owning up to our collective mistakes by congratulating the nominees we didn’t see coming, whether they were close calls that almost made our top predictions or complete long shots who made us do a double take. Those surprise nominees are listed below. Check out the complete list of nominees to see who else made the cut, both expected and unexpected.

Among the biggest surprises were the two “Saturday Night Live” cast members who joined Kate McKinnon in the race for Best Comedy Supporting Actress. McKinnon was no surprise — in fact, she was our frontrunner to win going into the nominations — but Leslie Jones didn’t make our top six predictions, and Vanessa Bayer wasn’t even on our radar.

We also didn’t anticipate the Best Comedy Actress nomination for Pamela Adlon (“Better Things”), but perhaps we should have. Adlon is a past Emmy winner (Best Voice-Over Performance for “King of the Hill,” 2002) with five total nominations across writing, producing and acting categories. And on top of that she was recently nominated by the Television Critics Association.

On the drama side we also missed Milo Ventimiglia for Best Drama Actor; we were pretty sure his co-star Sterling K. Brown would make the cut, but we underestimated his on-screen dad. Similarly, we were slightly surprised by the Drama Supporting Actress nomination for the sinister Ann Dowd from “The Handmaid’s Tale,” but we were shocked and delighted to see Samira Wiley also earn a bid for the Hulu original series.

And who would have thought that after all these years celebrity chef Gordon Ramsay would be nominated for the first time for his kinder-and-gentler “MasterChef Junior”?

Check out more of our goofs below. Were you among the few who predicted nominations for any of these contenders?

OUT OF NOWHERE
This contender was so surprising that she wasn’t even in our predictions center.

HUGE SHOCKERS
These contenders were such long shots that our predictors all but wrote them off, but they proved us wrong.

CLOSE CALLS
We knew they had a shot, but these nominees still didn’t quite make our lineup of predicted contenders according to our combined racetrack odds.